The main annual vegetable garden isn't "officially" planted because our home went under offer just as I was set to seed it.  I held off intentionally seeding but there's plenty of  volunteer "bounty" in the garden such as this lettuce.  Notice how it's all in a row!  This is a prime example of the "Edge Effect".  I had a few lettuce plants growing in this general area last year (to the right of the picture).  Prevailing winds from the west blew the seed to the edge of the garden (and some even made it across the wood chip keyhole pathway in the centre of the picture).  The seed spent the winter under snow in sub zeros temperatures and happily sprouted this Spring. 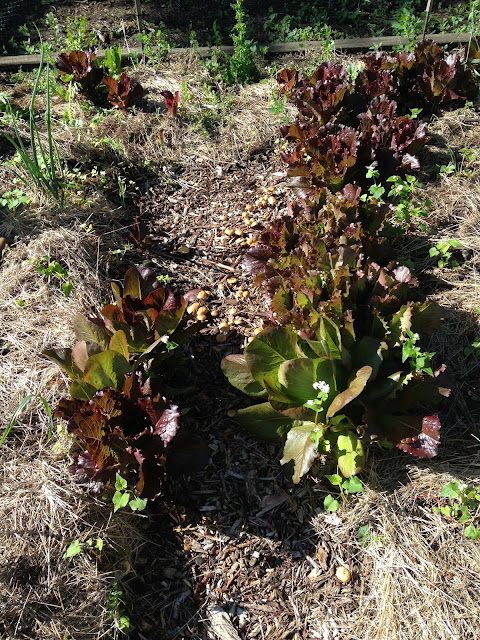 A closer look (below) reveals a delicate network of mycelium in the pathway.  It almost looks as if the plants are reaching toward the mushroom colony and I wonder if the plants are growing here only because the conditions are most fertile (edge effect) or also because of the supportive environment of the mycelium?  I have so much to learn. 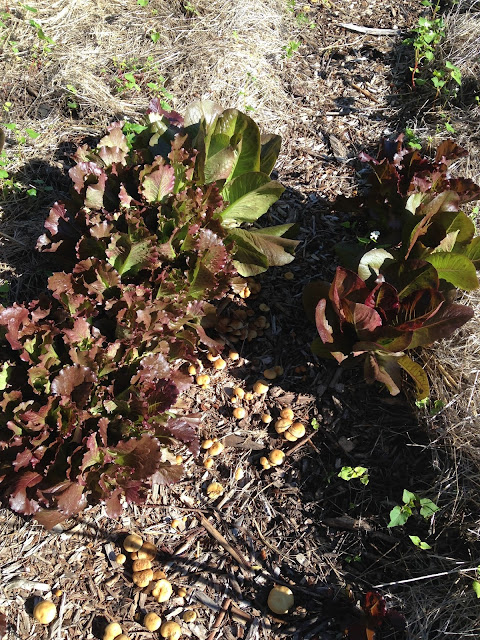 Posted by Little Home In The Country at 05:56