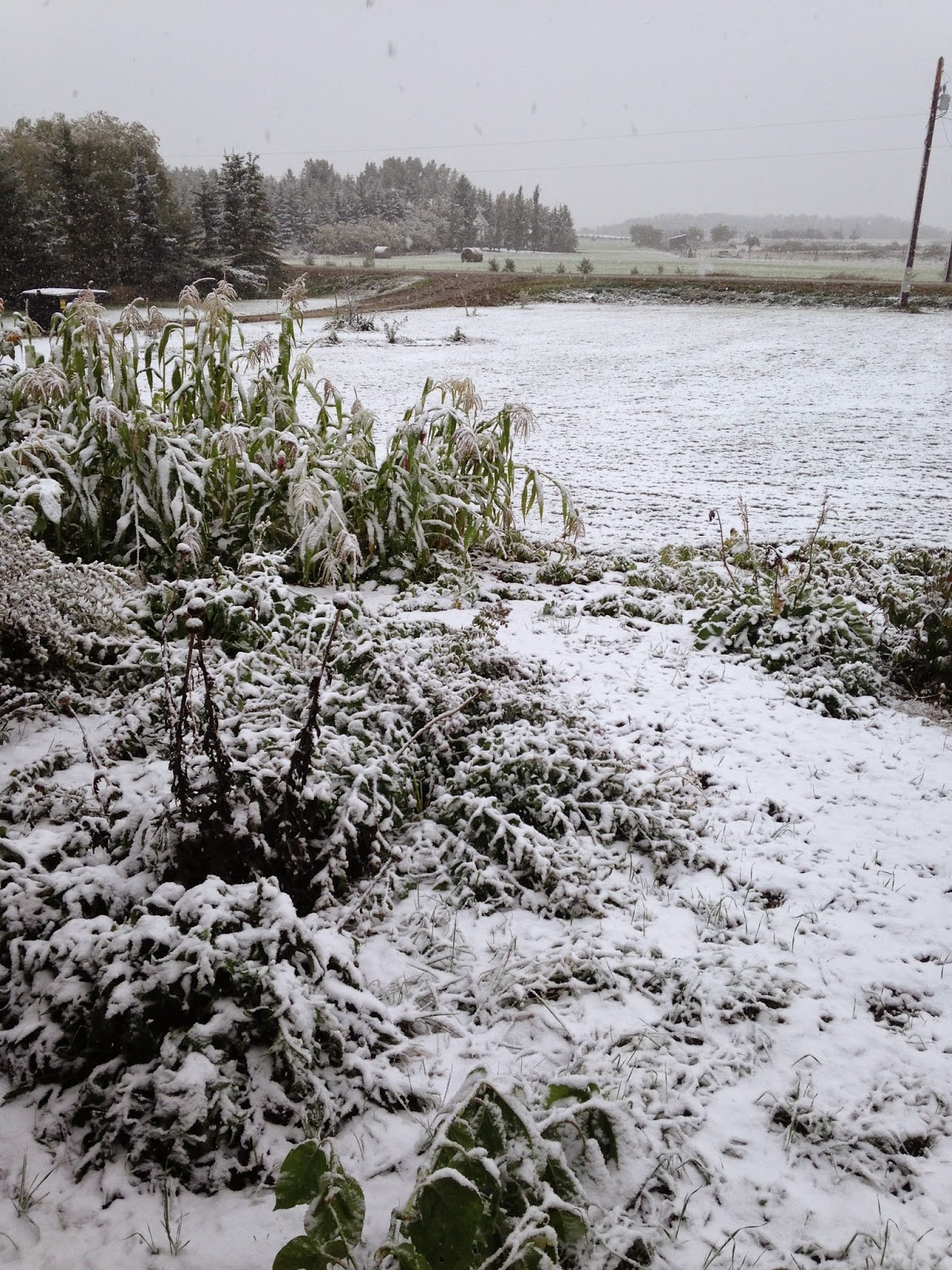 Not 10 days ago, we had an early snow with several consecutive nights of frost.  URGH, that meant working to cover plants and harvest tender crops.    The weather is glorious now (high 20's and even 30C the other day), which is bittersweet as the tender plants died during the frost and are now pulled out of the garden.

The transition to autumn is always so varied.  Some days are cold so I work indoors ~ others are HOT and I sweat in the garden! 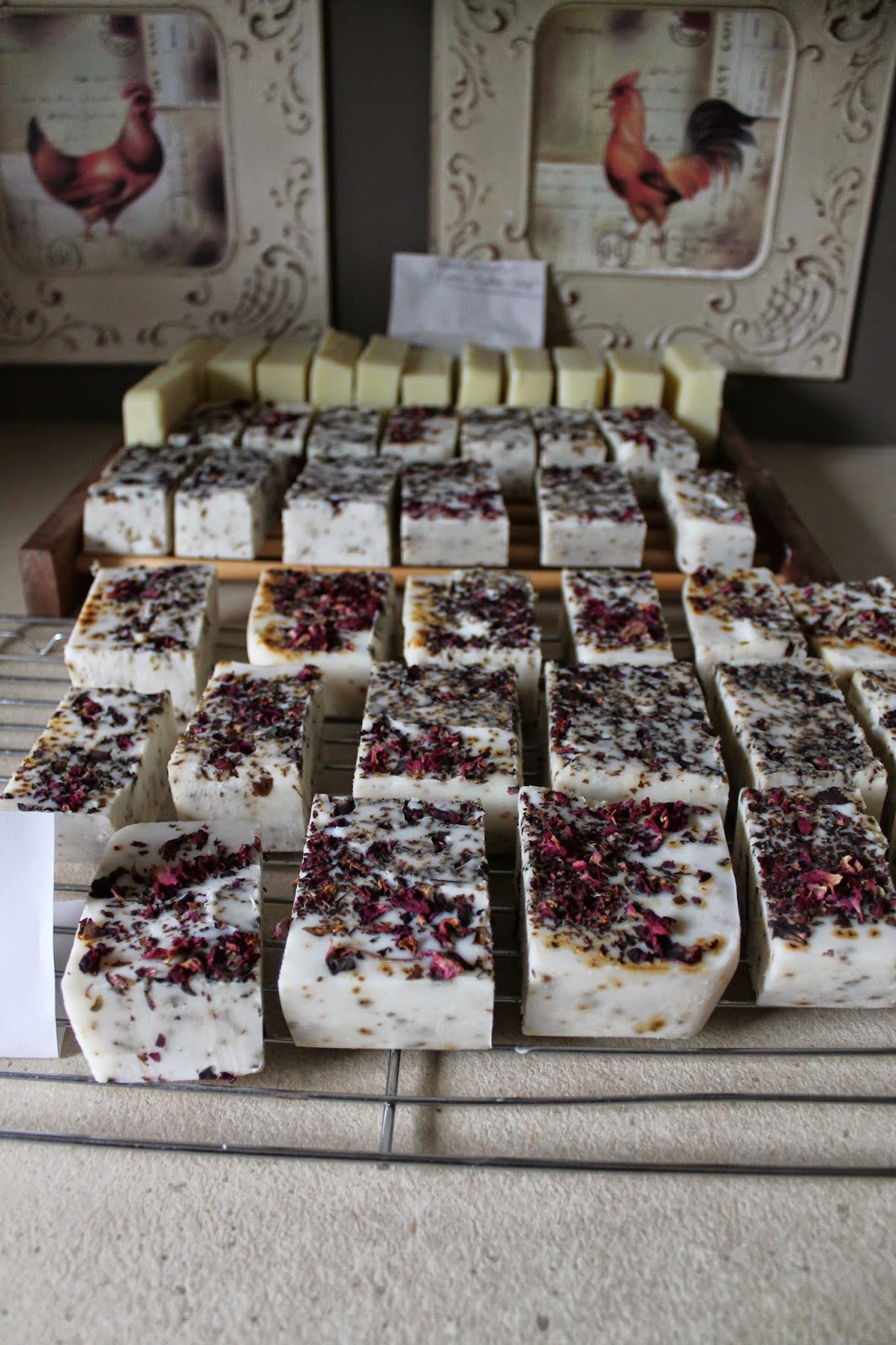 I recently made several batches of soap to use up some home rendered lard that was nearing the end of it's storage life.  I'm eager to try it but it's going to be 3 more weeks until I can do so!  Rendering of this year's pastured lard will follow when the perishable produce is stored. 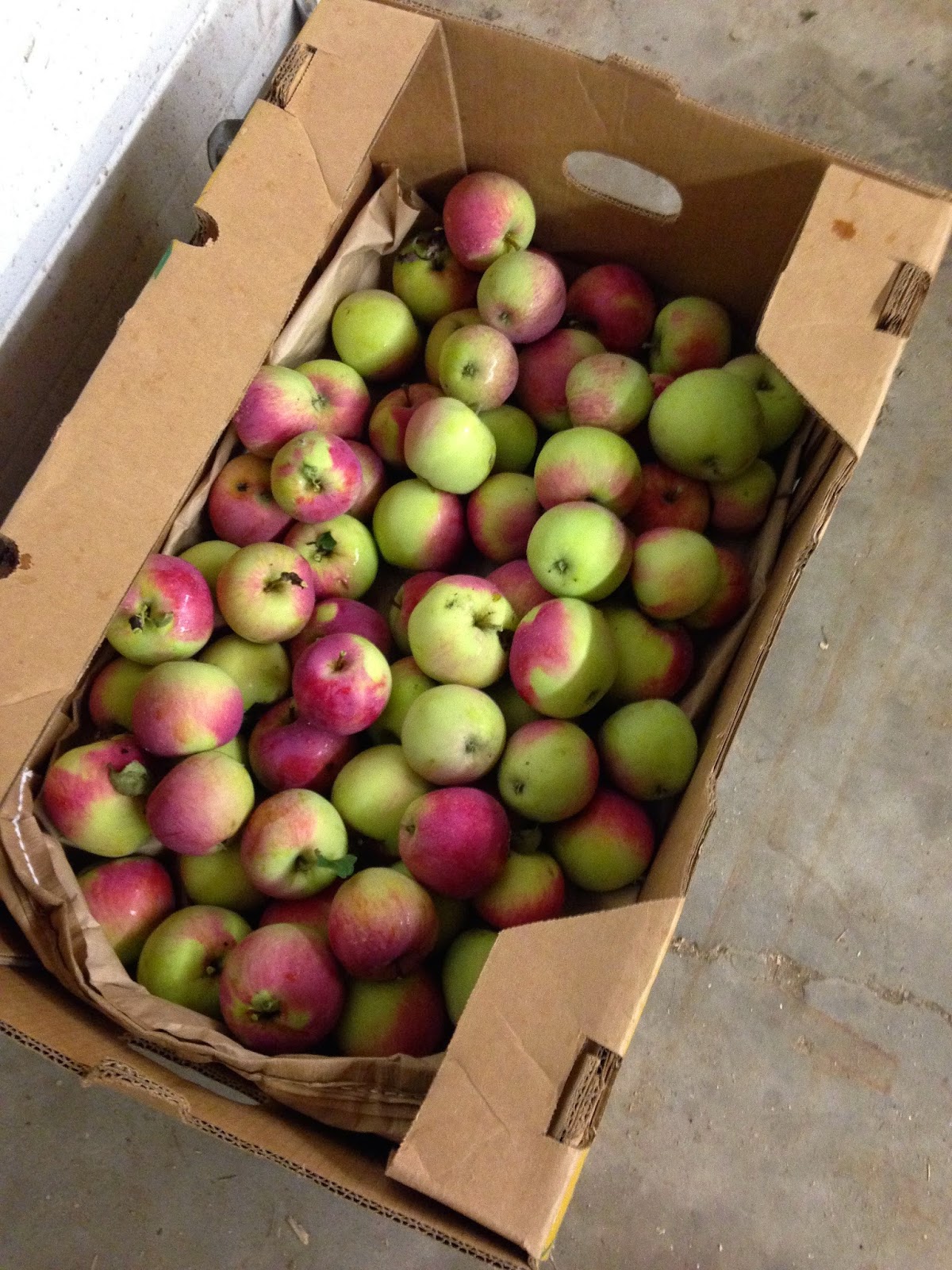 The harvests are rolling in ~ such an abundant time of year!  Our apple trees are finally producing decent amounts of fruit whereas just 2 year ago, a bucket or two held all the pickings. 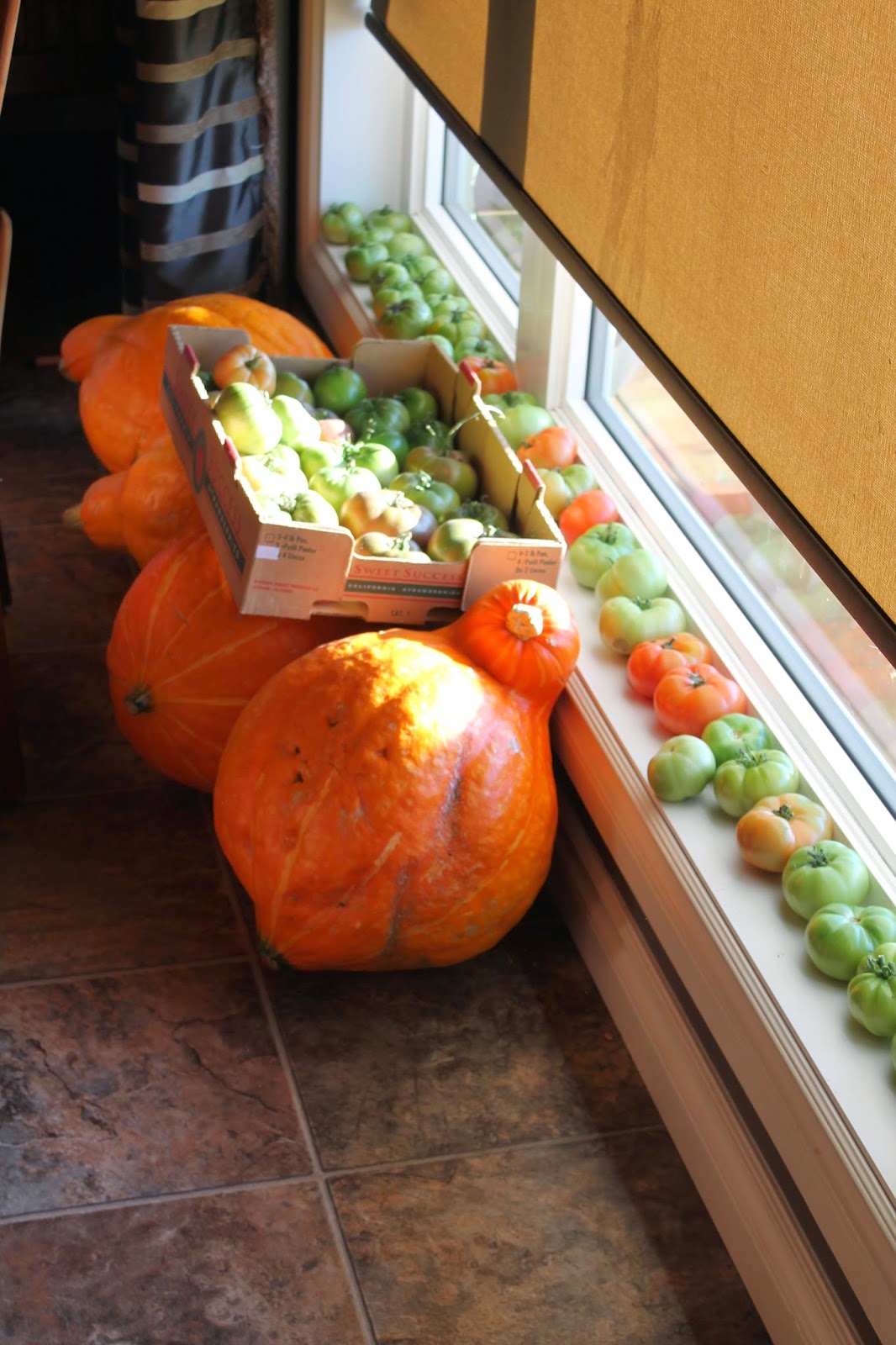 The squash, tomatoes, onions, potatoes, carrots - all are coming in in record quantities and we continue to trip over boxes, buckets and trays of produce.  The juggle to store it all appropriately isn't easy and I long for a properly vented cold room. 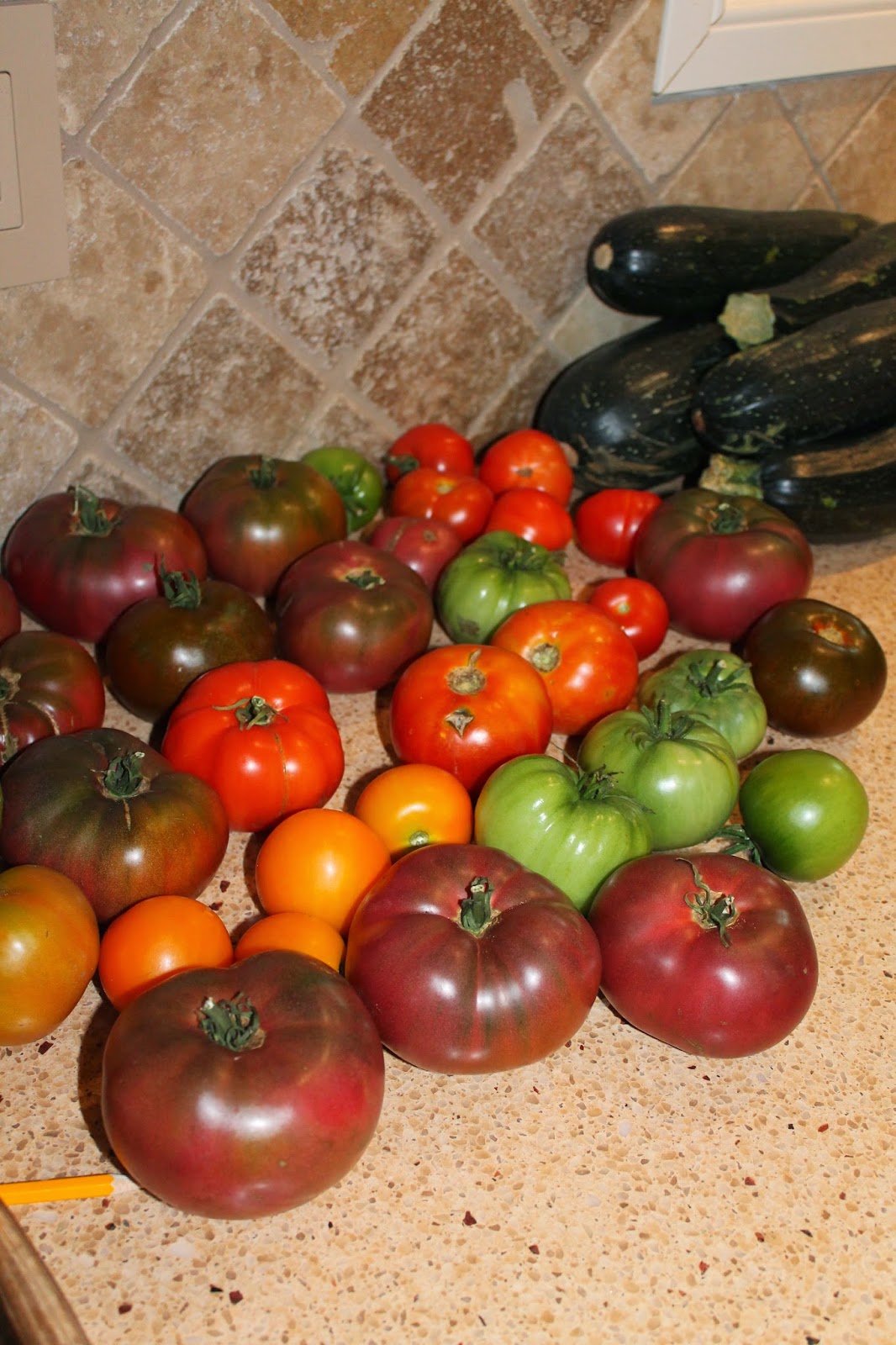 Sauerkraut, fermented salsa, tomato sauce, pie filling, you name it, we're making it which is why I'm not posting much here.  There's just too much to do in the kitchen.

Be back soon XO