I know, it's been FOREVER since I posted.  It's Spring here, and well, there's just so much to do!  Here's a peek into what life has recently looked like around the homestead. 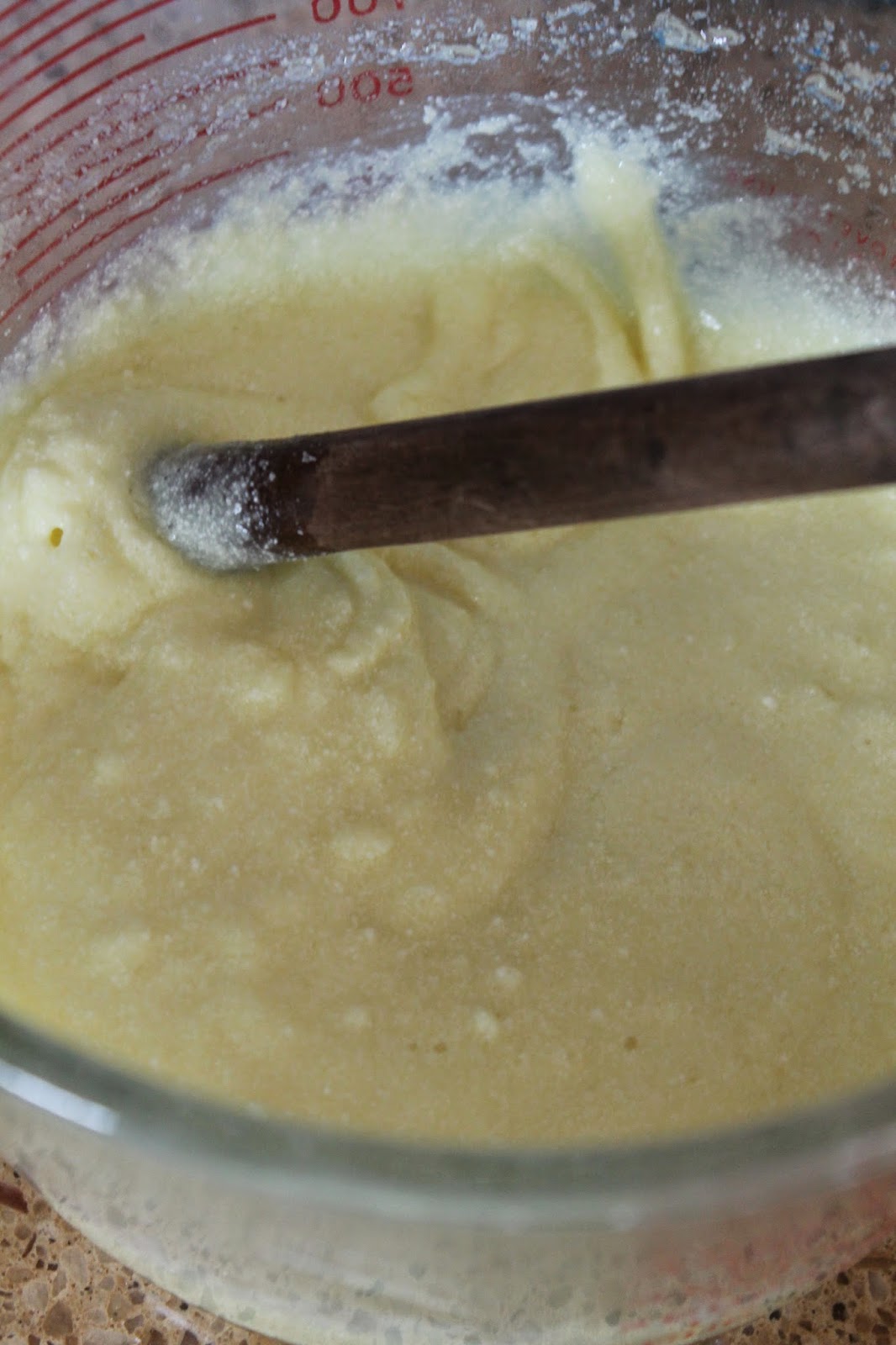 An attempt at making dishwasher tablets (which probably works for others, but NOT with our well water) 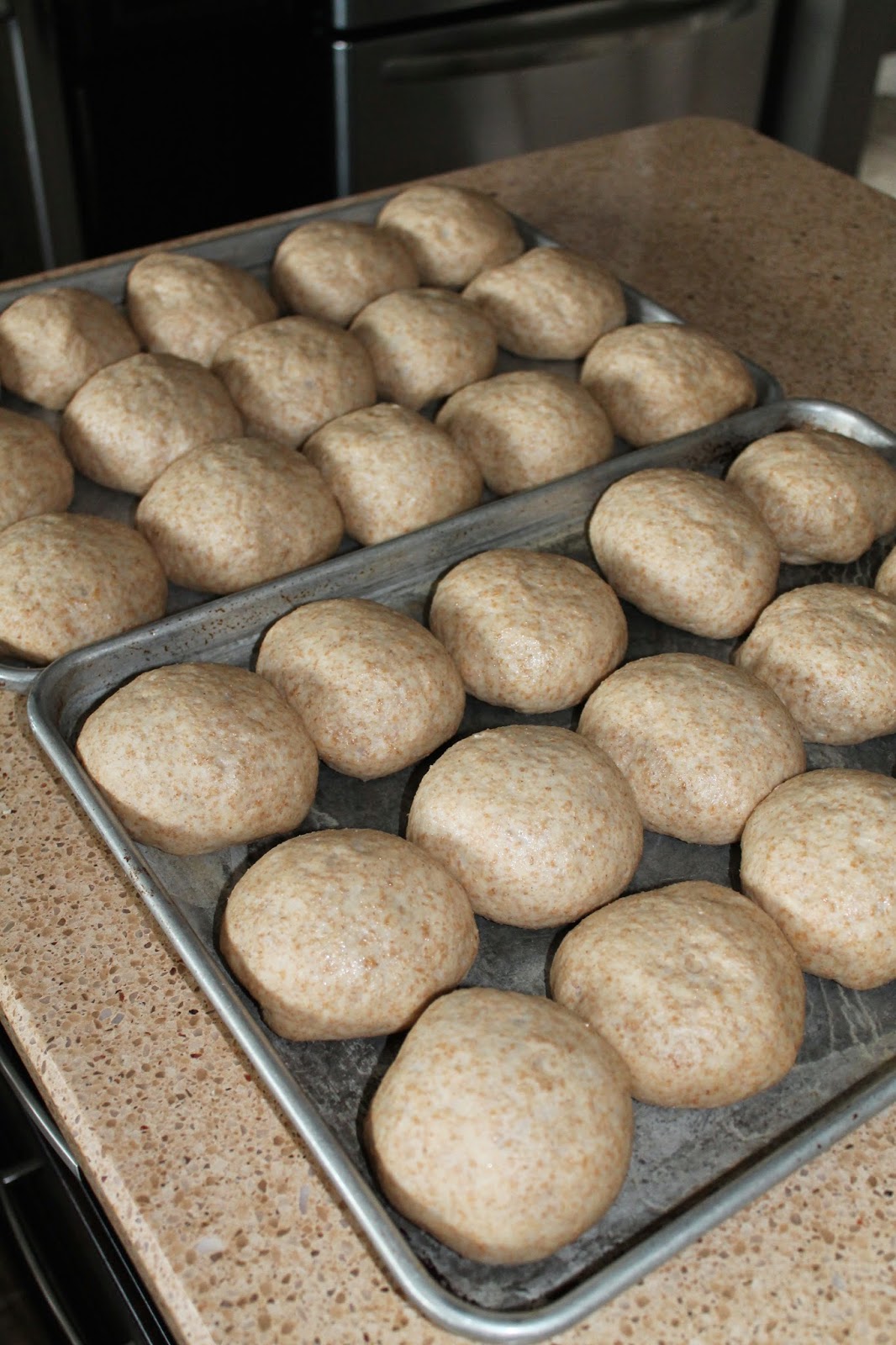 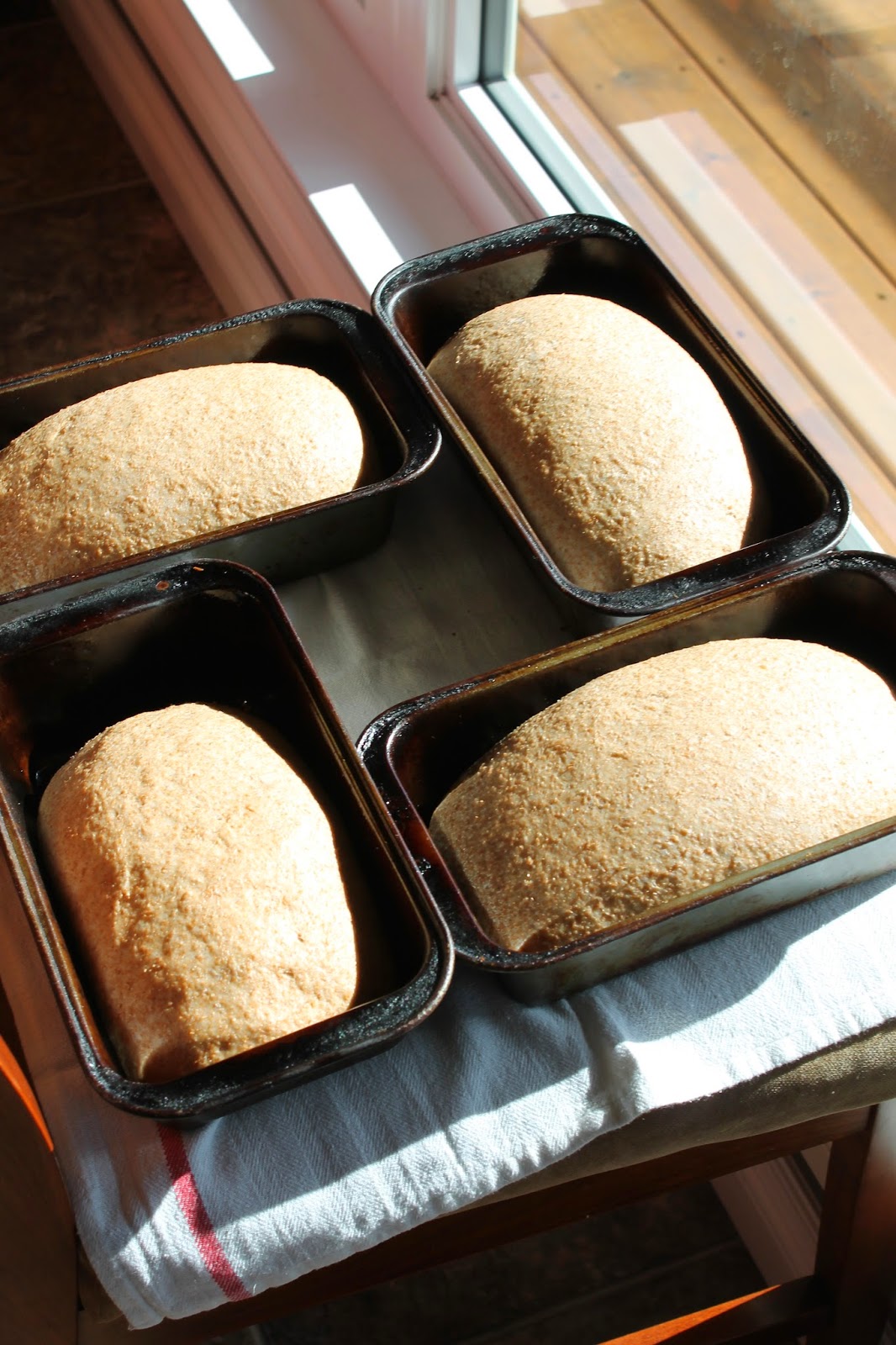 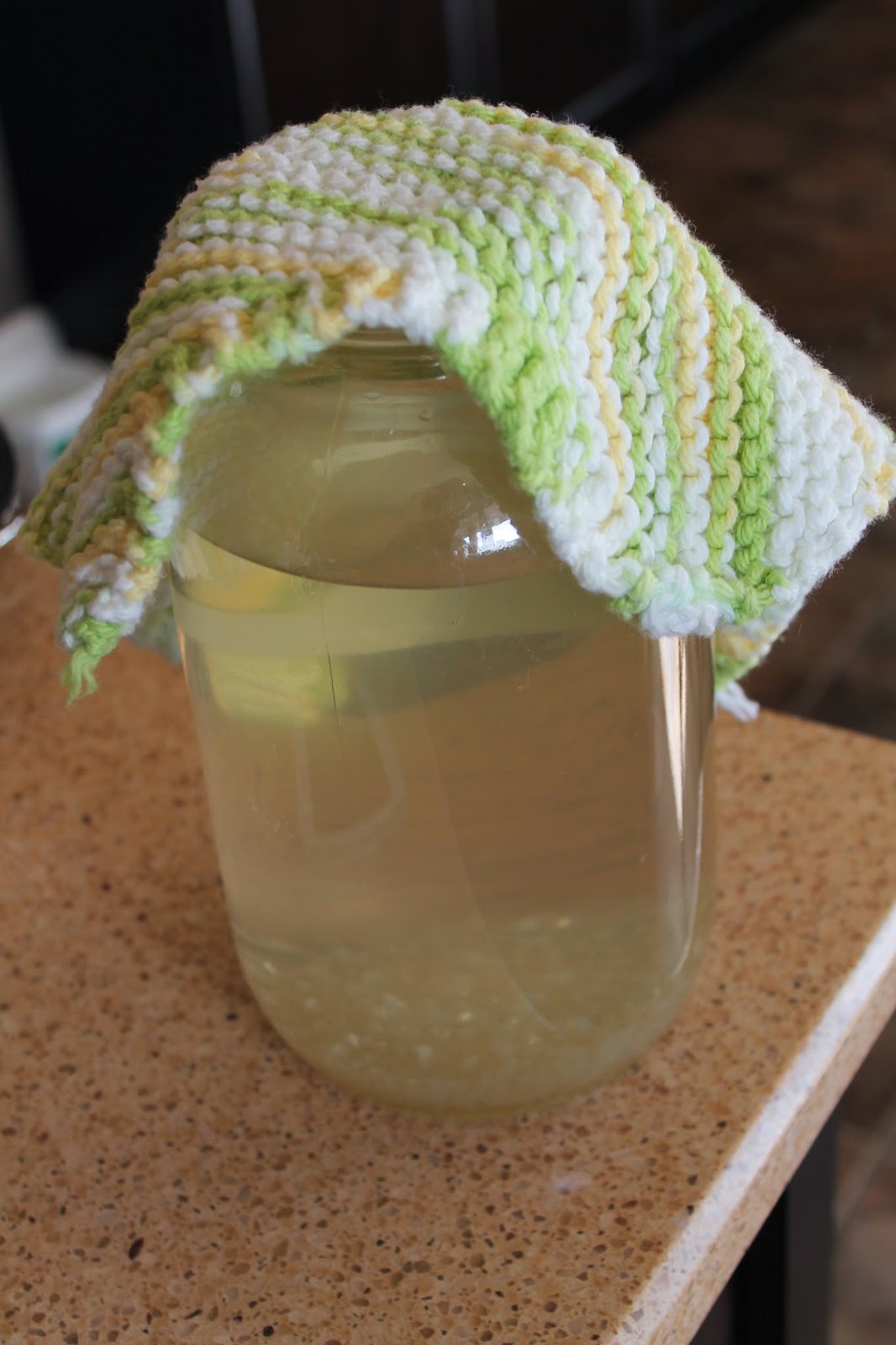 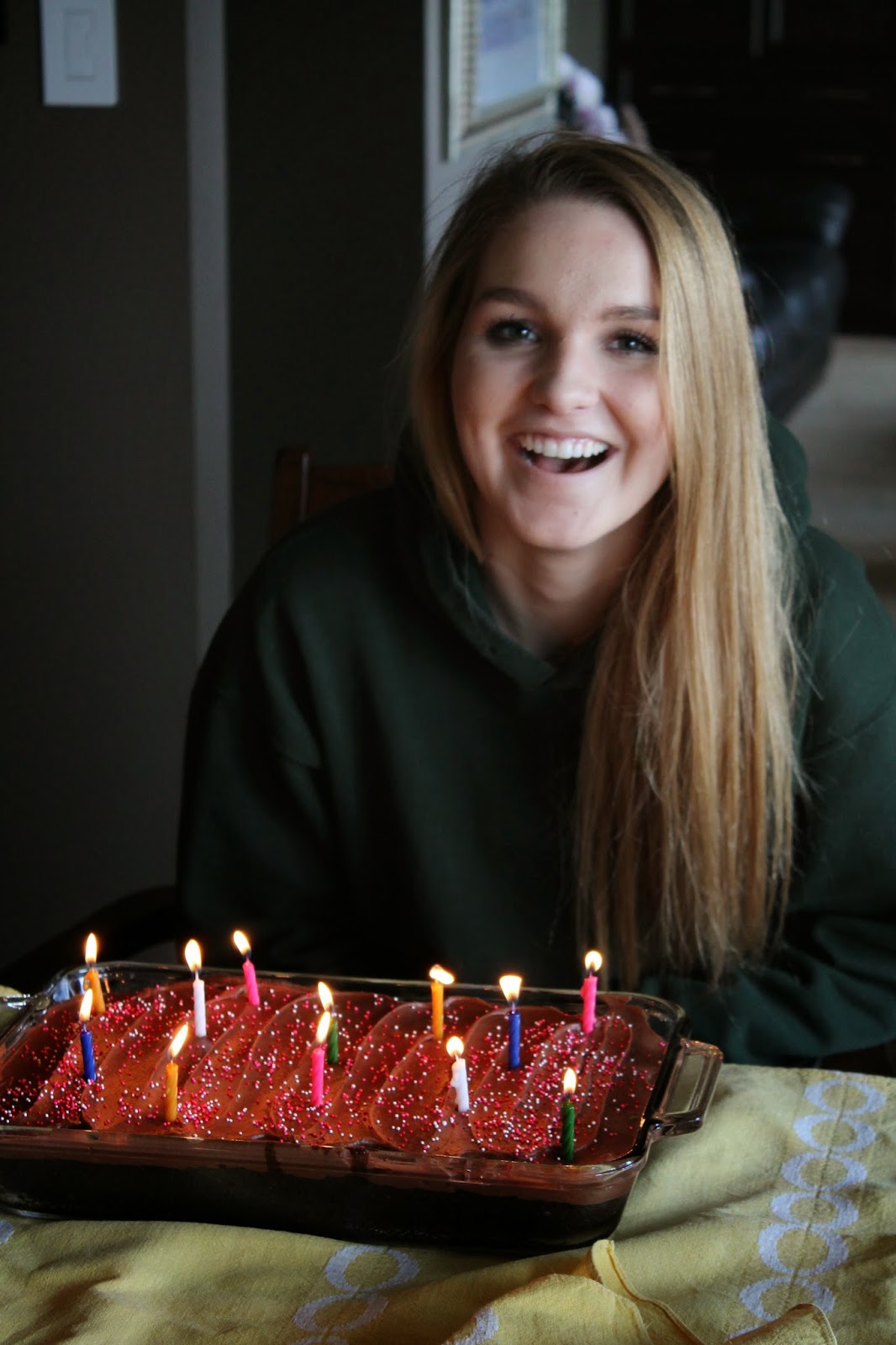 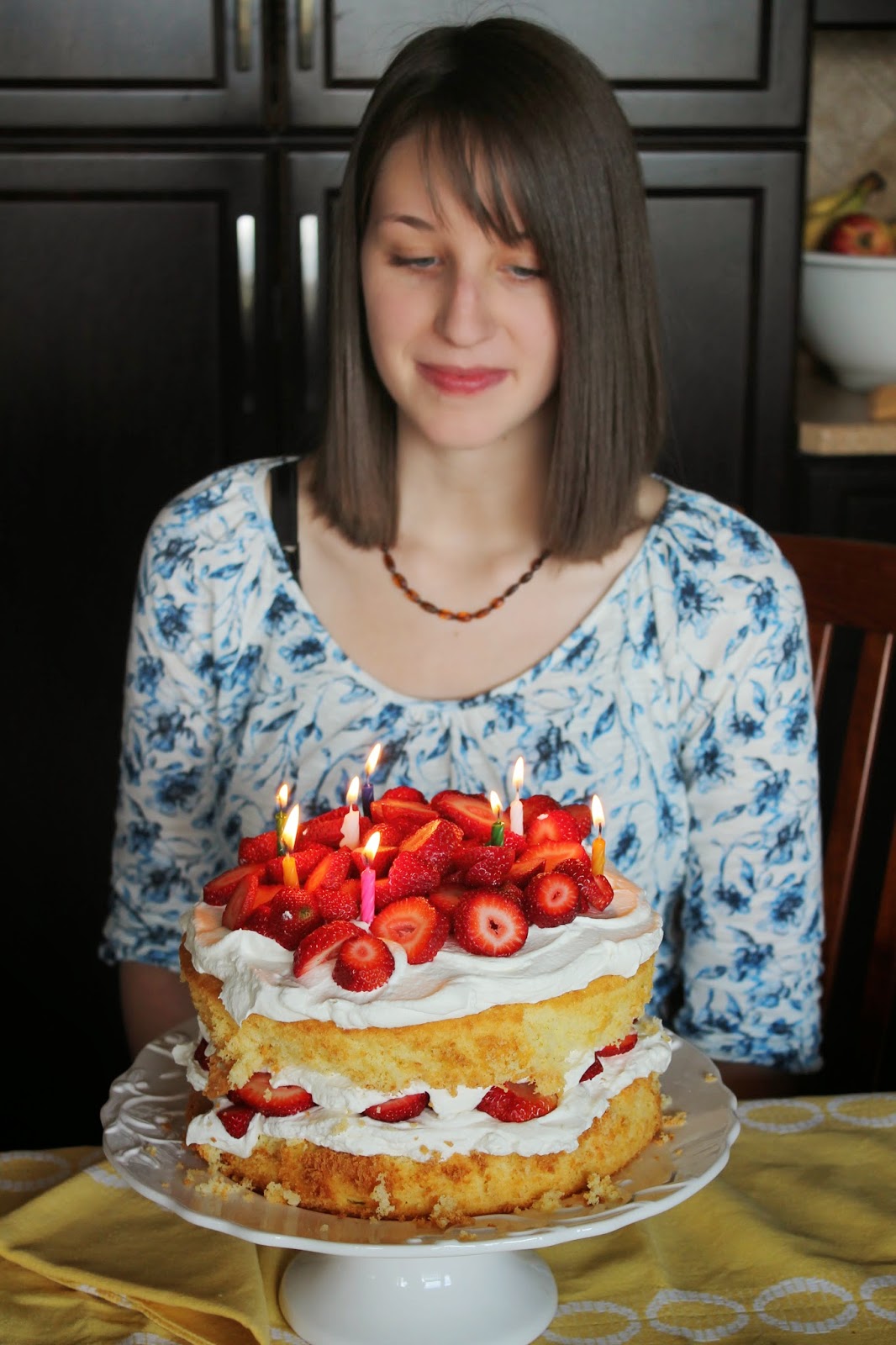 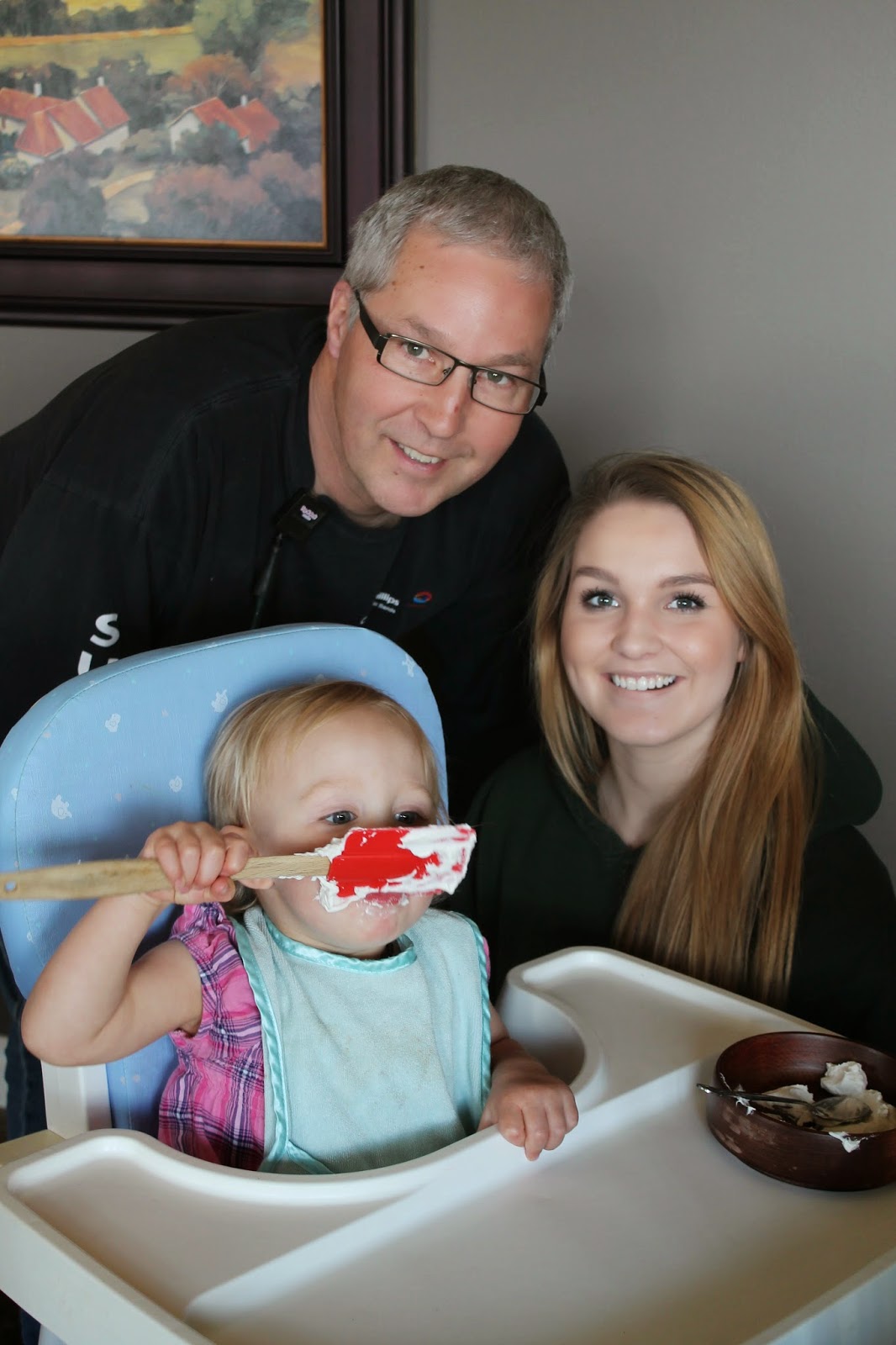 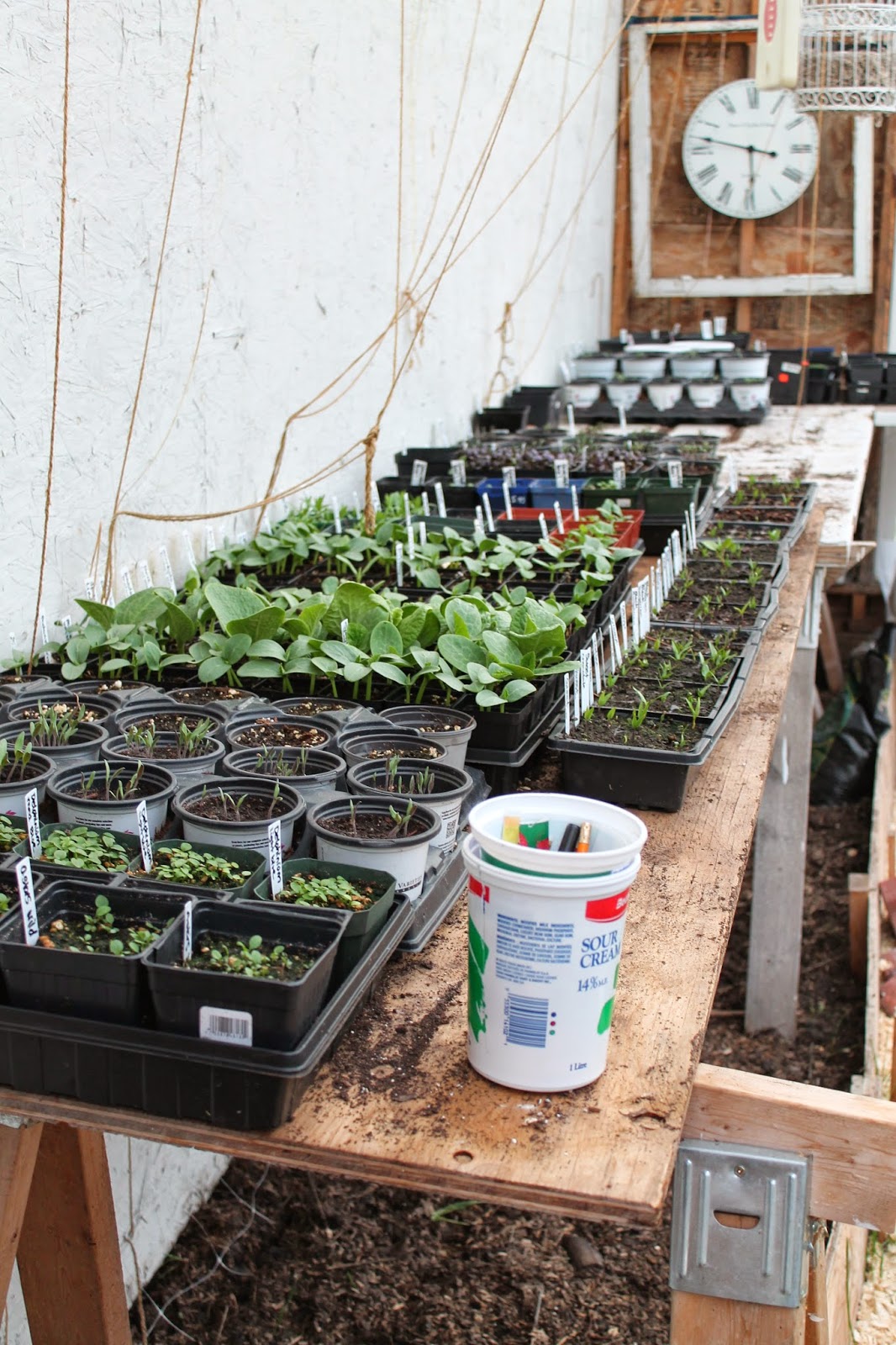 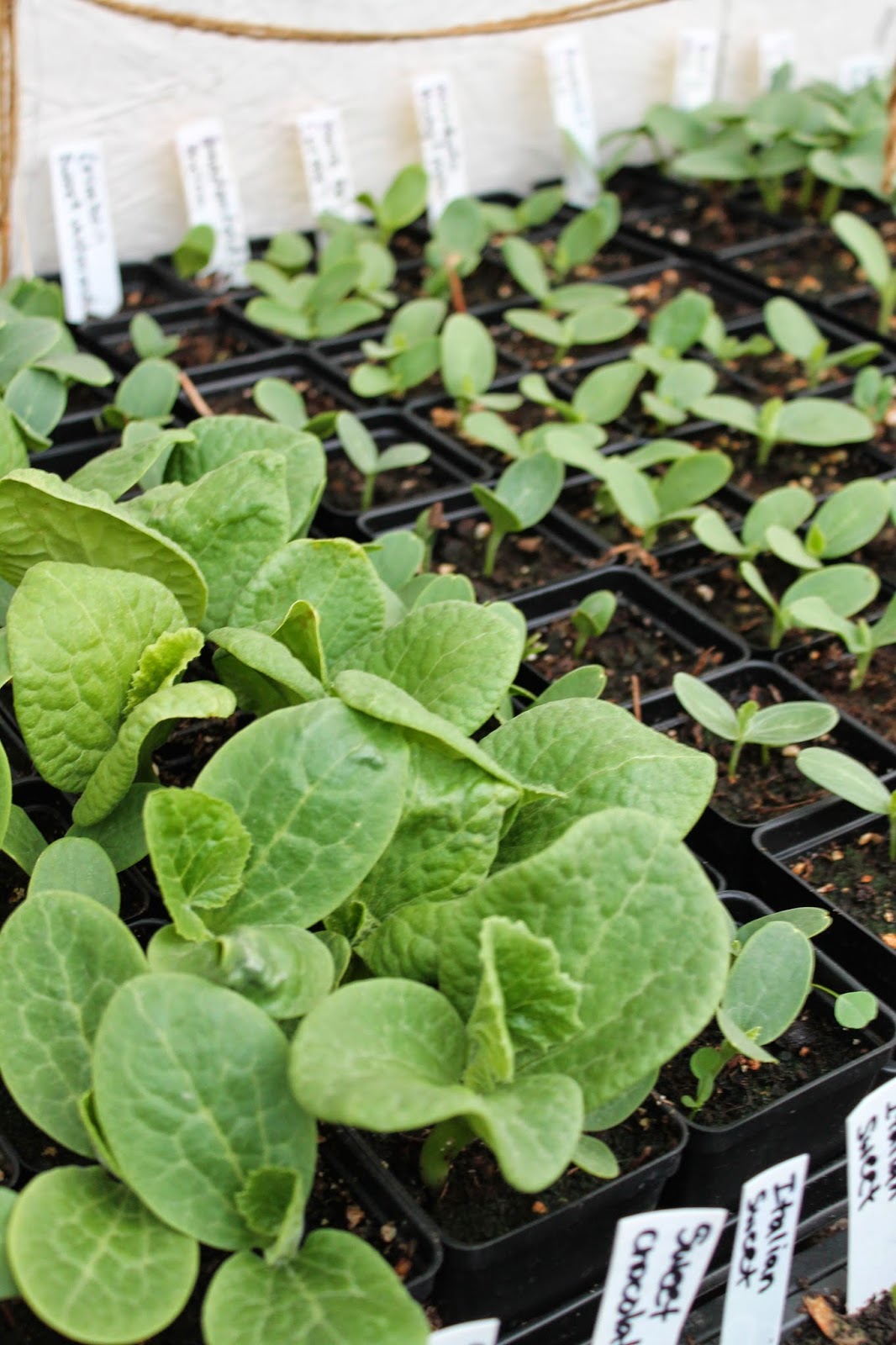 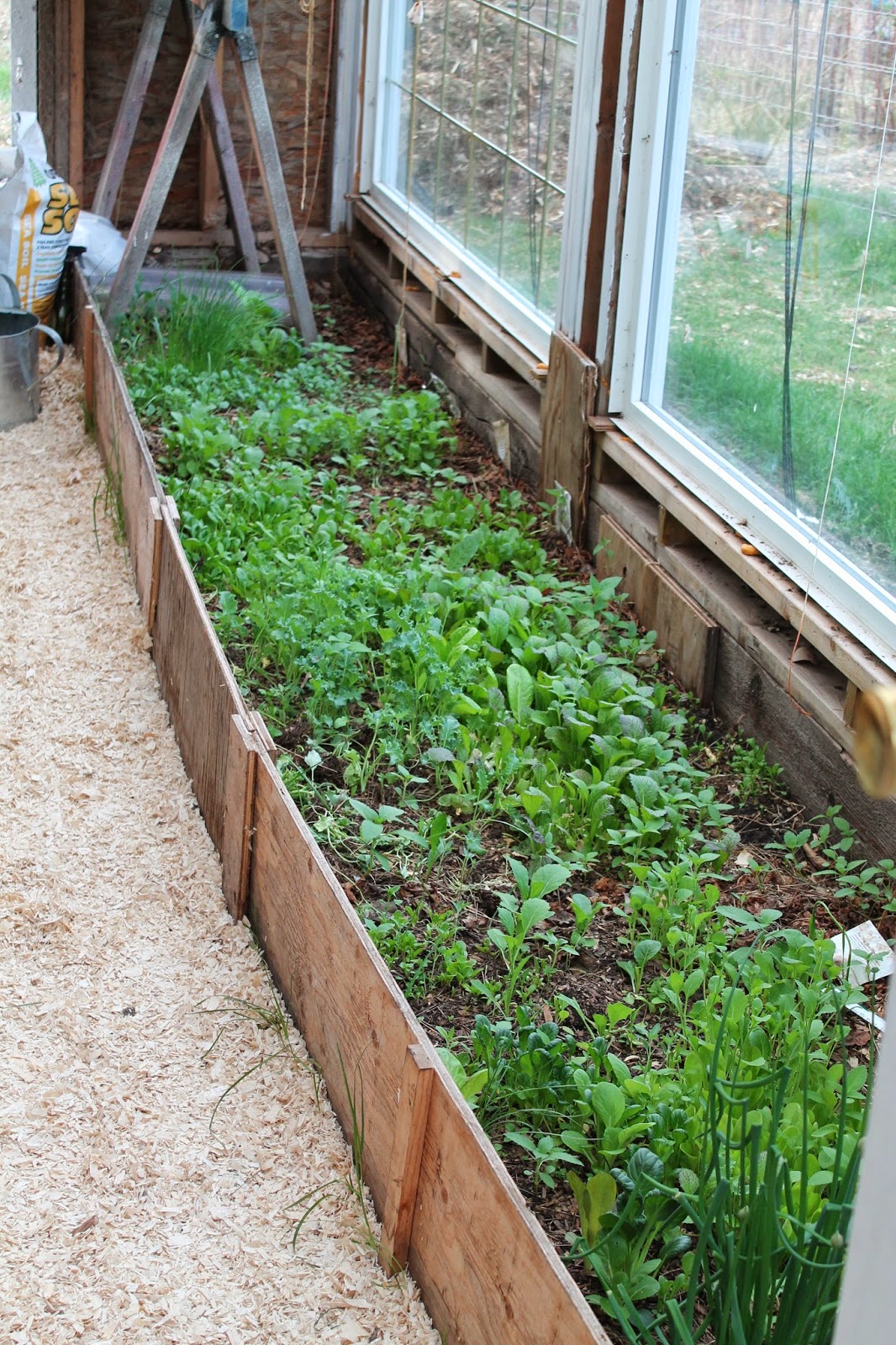 We've been eating baby greens from the greenhouse for a few weeks and I'll be cutting the last of them today and working the residue into the soil as it's getting too hot in there to grow greens.   The temps are just perfect for melons and peppers which are going into these greenhouse beds shortly. 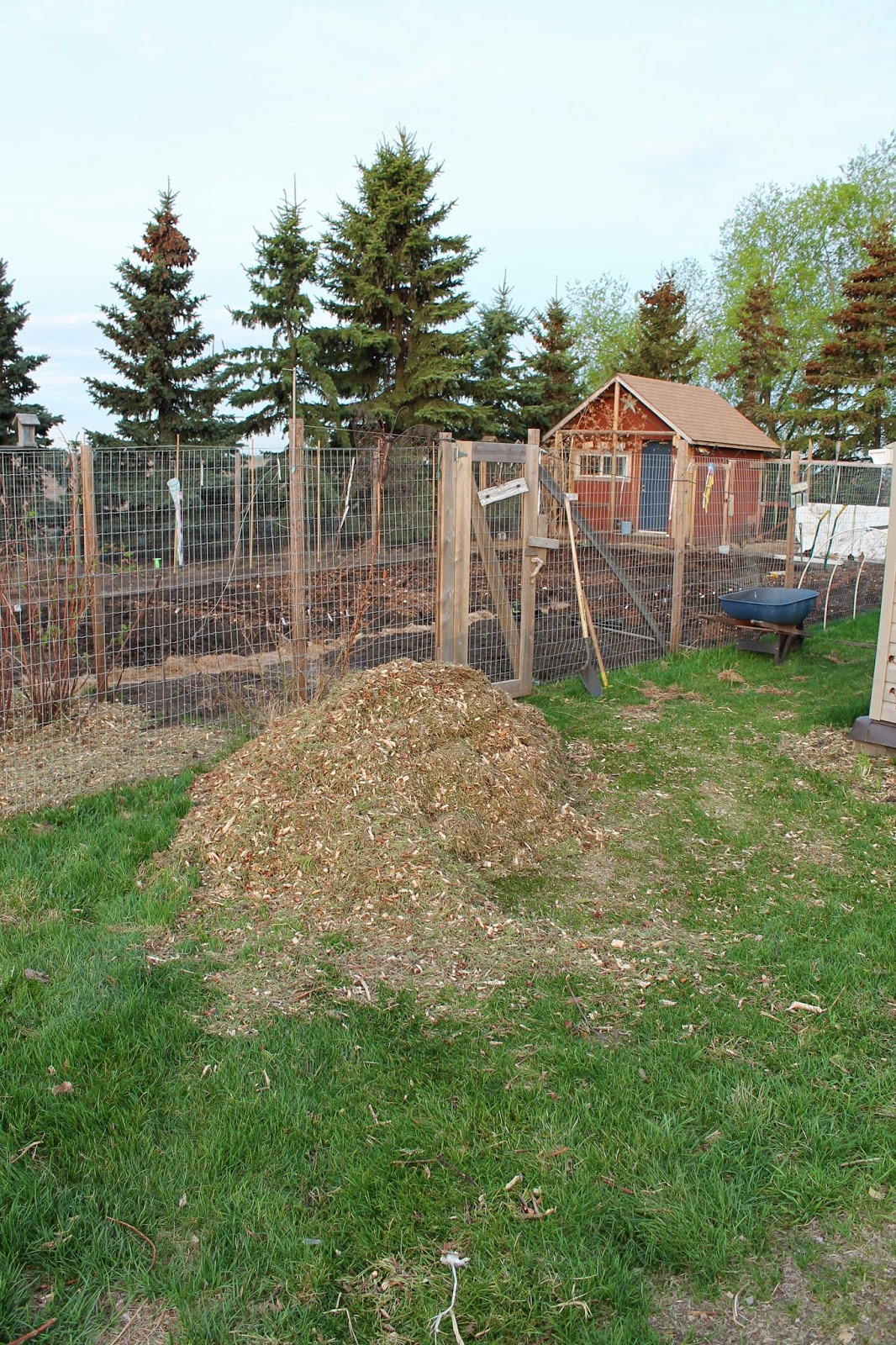 This pile is what remains of a massive load of coniferous wood chips that I was fortunate enough to snag by flagging down an Asplundh truck on our road :)  I've been spreading it around our blueberries (as seen below) which I'm hoping will net some juicy and prolific results in a few month's time. 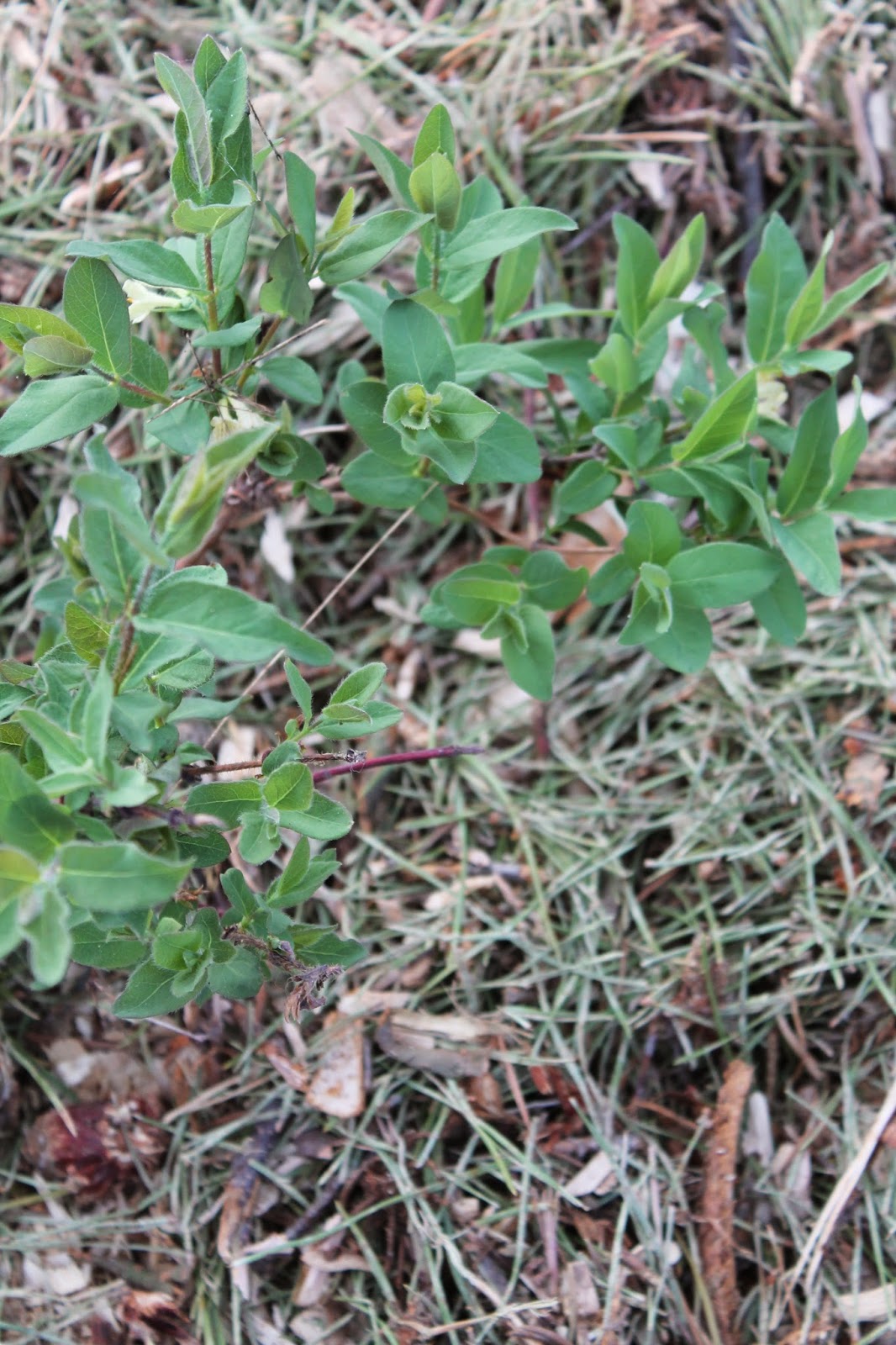 As well, the raspberries received a light mulch of it as will the peppers in the greenhouse (which apparently like a more acidic soil). 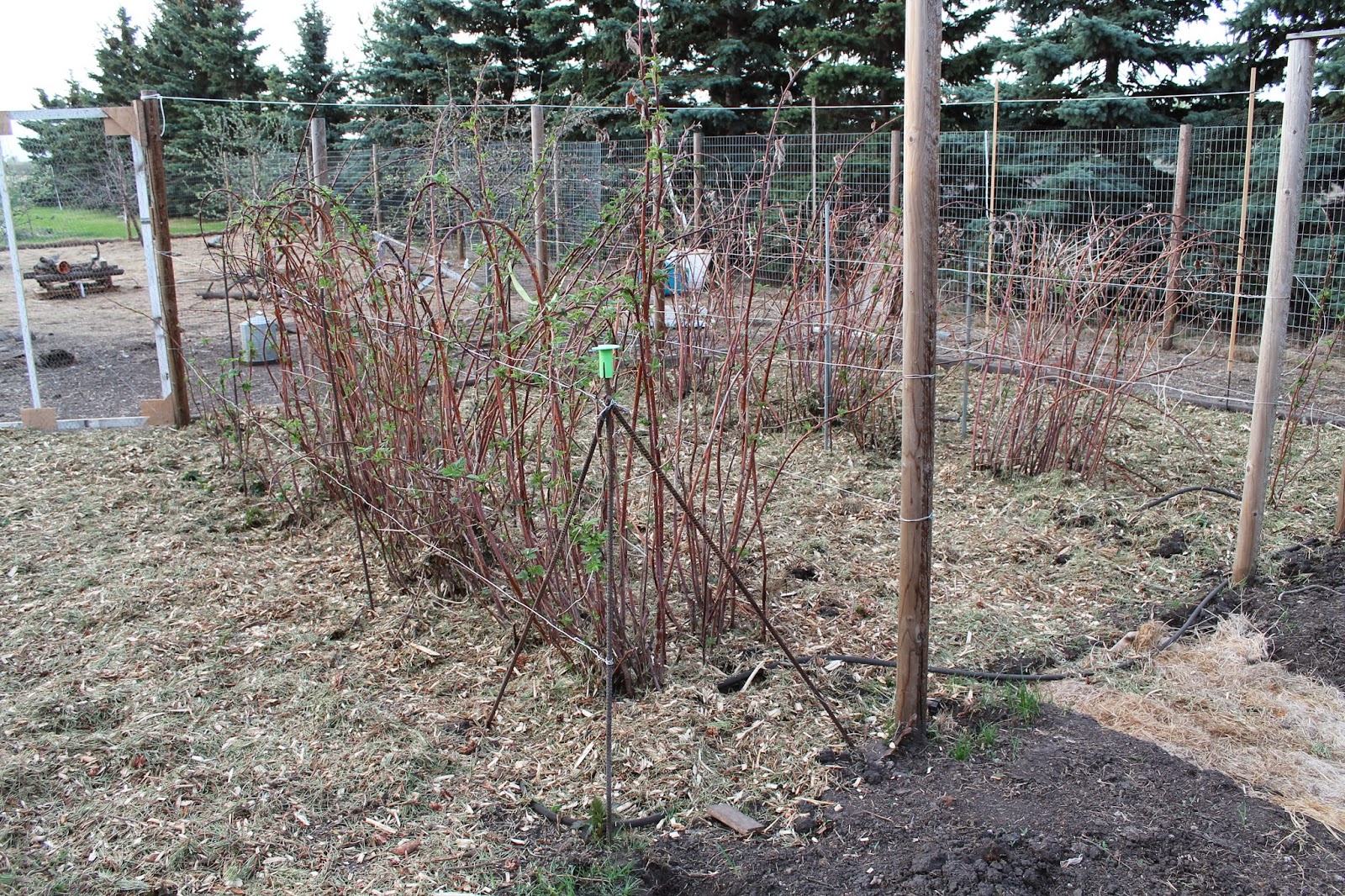 Elsewhere in the yard, there are perennials popping up all over which pleases me to NO end...  all that work of getting splits from others and planting them all is paying off. 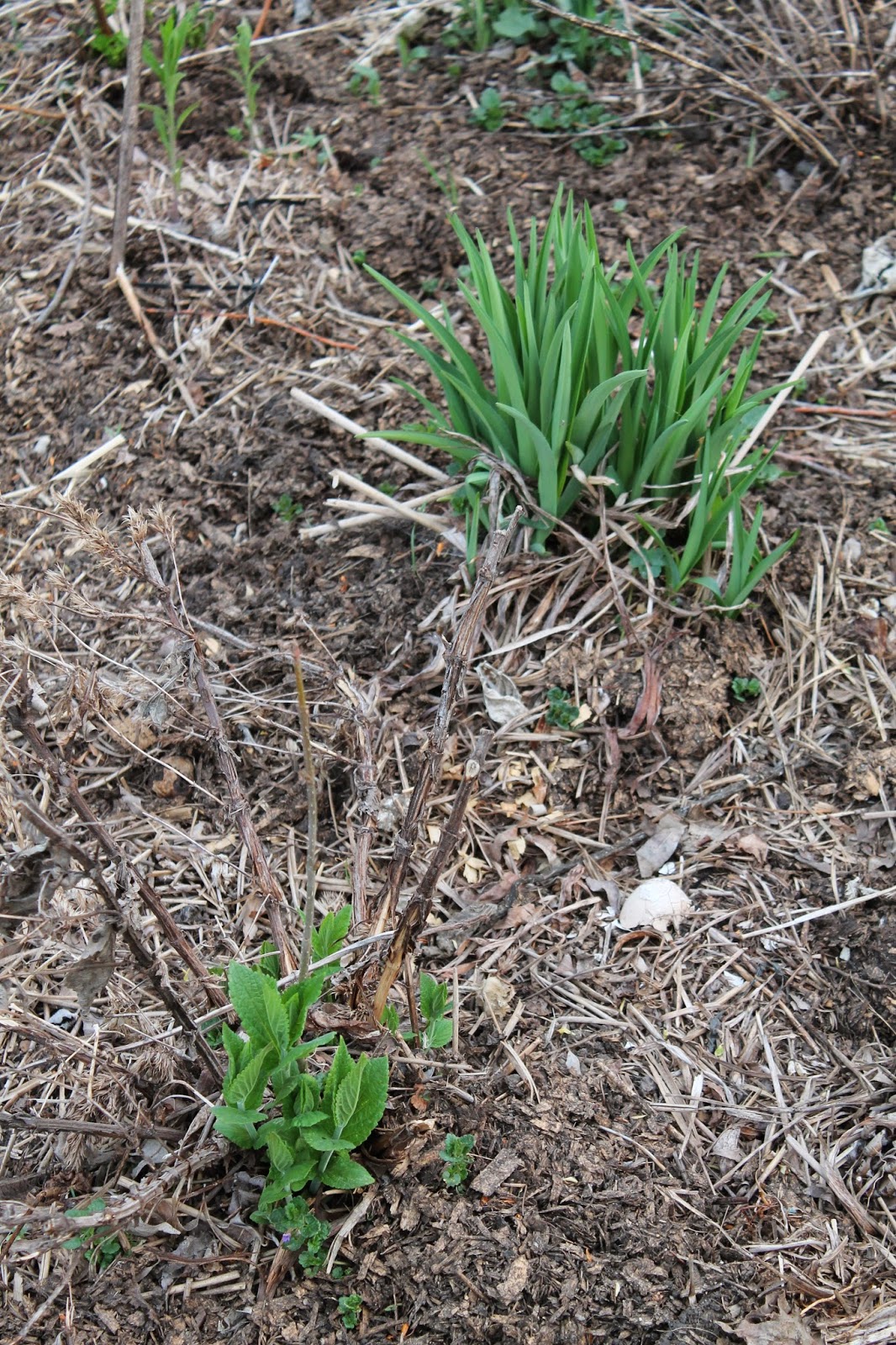 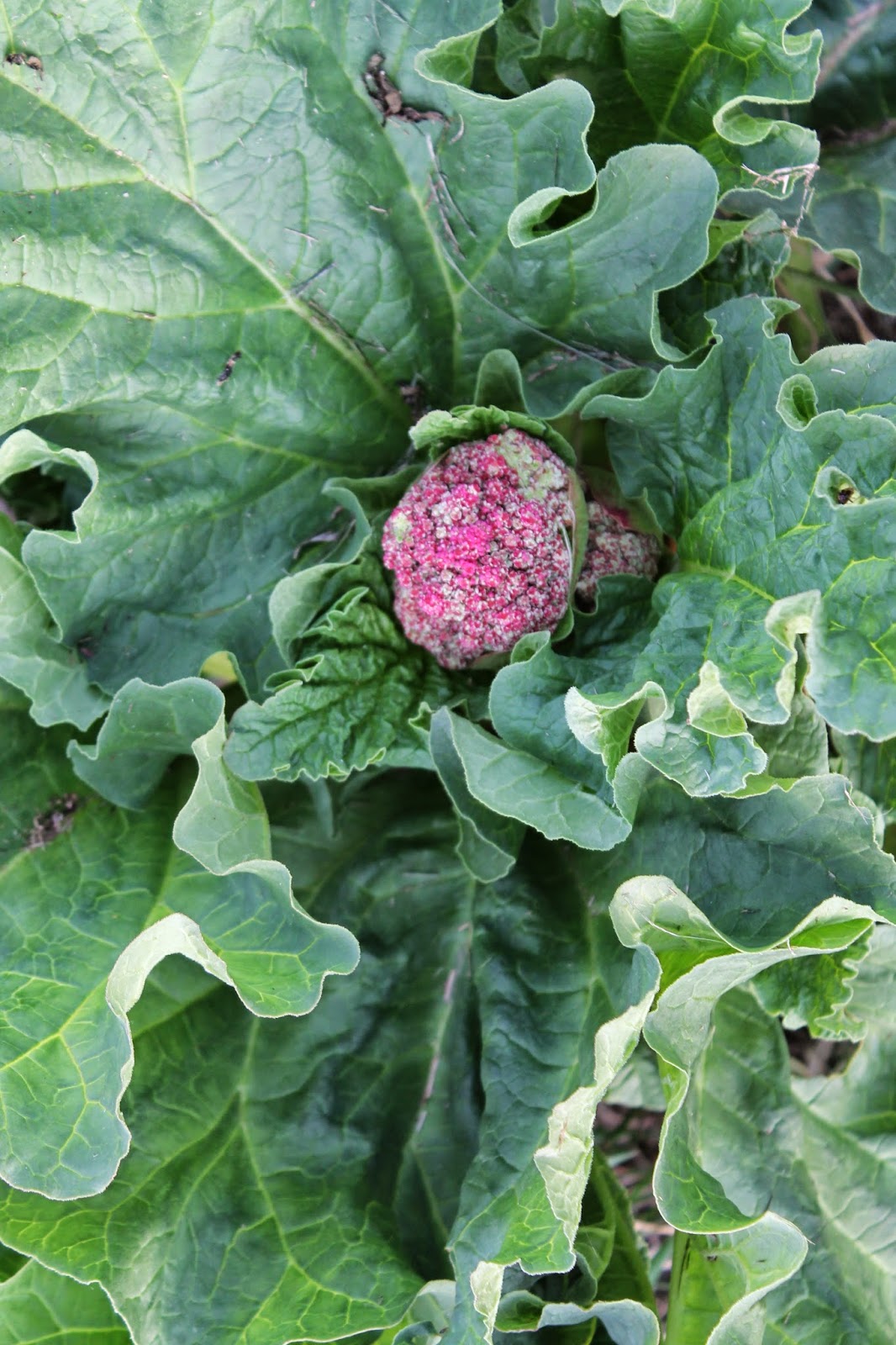 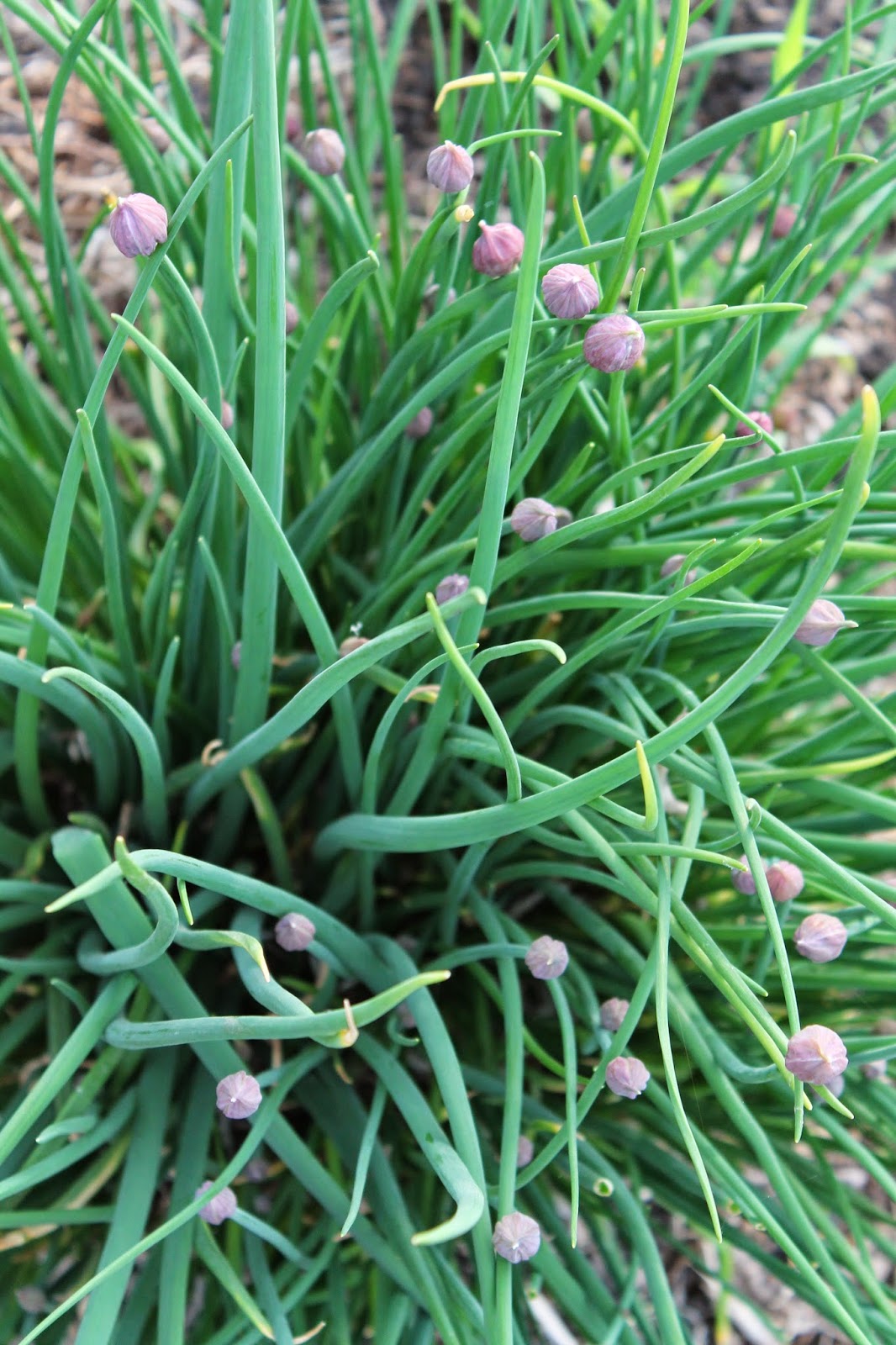 I can hardly WAIT for this white French Lilac to bloom (below).  I bought a TINY tree a few years ago and it's at long last large enough to put a show on for me.   I'll be spending an awful lot of time near her in the coming weeks ;) 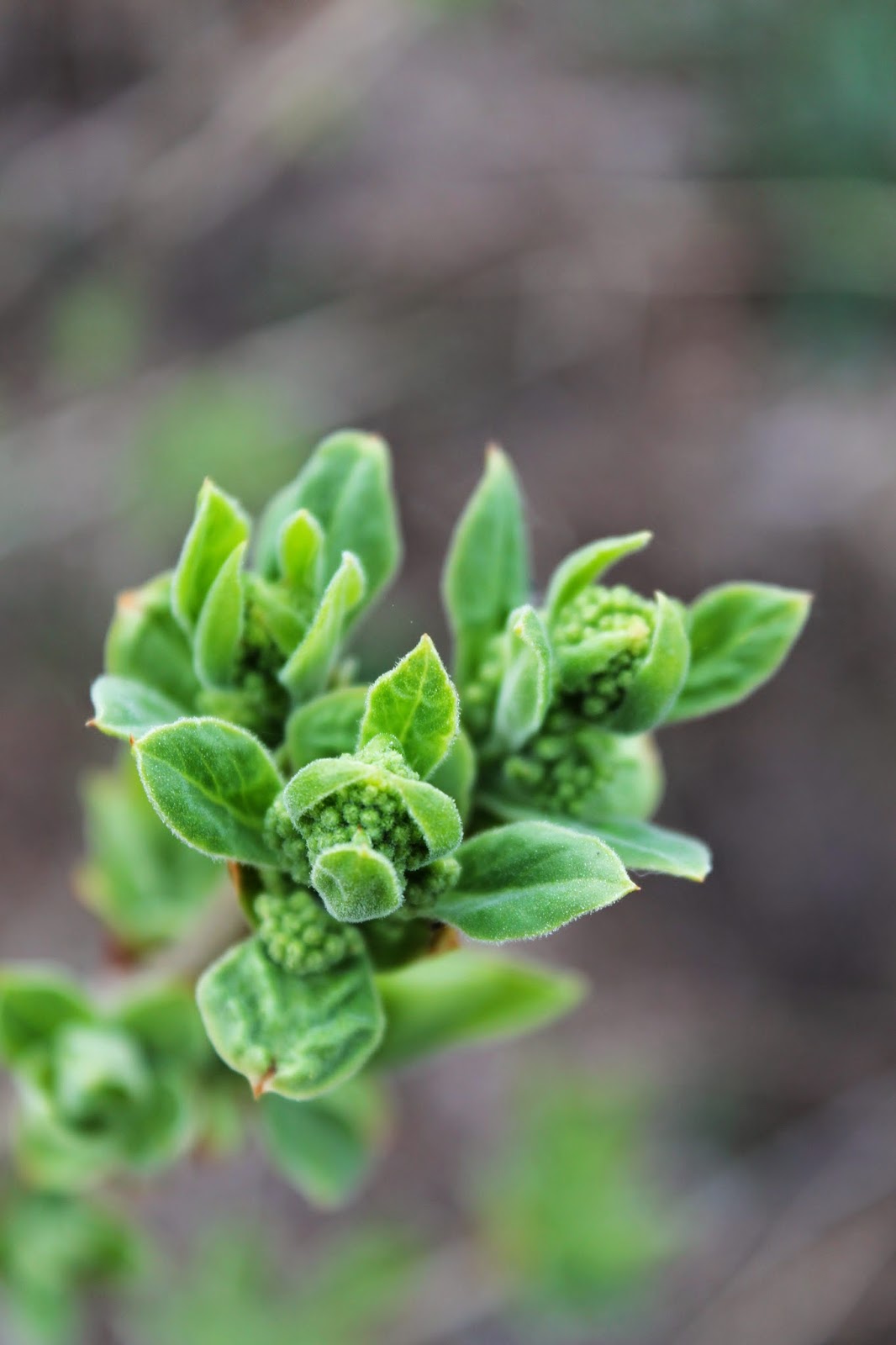 Hubby's been putting siding up on the shed that he built in the fall.  We are on the lookout for some used windows for it, so he can't go any further on this side just yet.  The shed was built using a lot of used/scavenged materials (siding was leftover from the house).  Other then the cost of the roof, it's been nearly all sweat equity to build it. 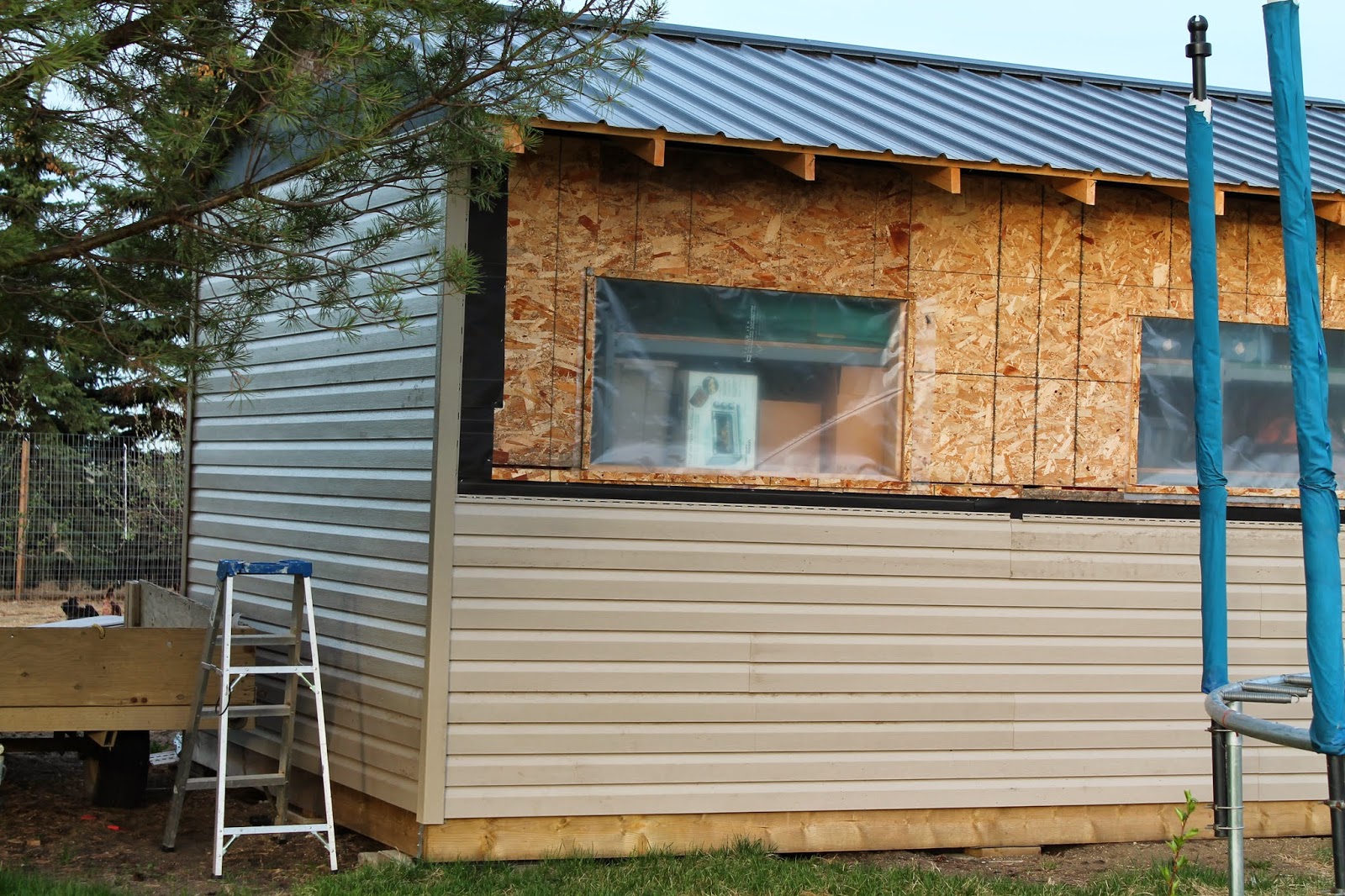 In the Veggie Garden:

I've been digging for WEEKS to get my veggie garden re-vamped for Spring planting.  Previously, the entire bed was level and each year, I'd mark out a new layout for planting and pathways.  I'm aiming to boost productivity by raising up the beds and creating more edge (which is more fertile) and eliminate all walking on the soil.  I present to you my newly created permaculture style, keyhole veggie garden! 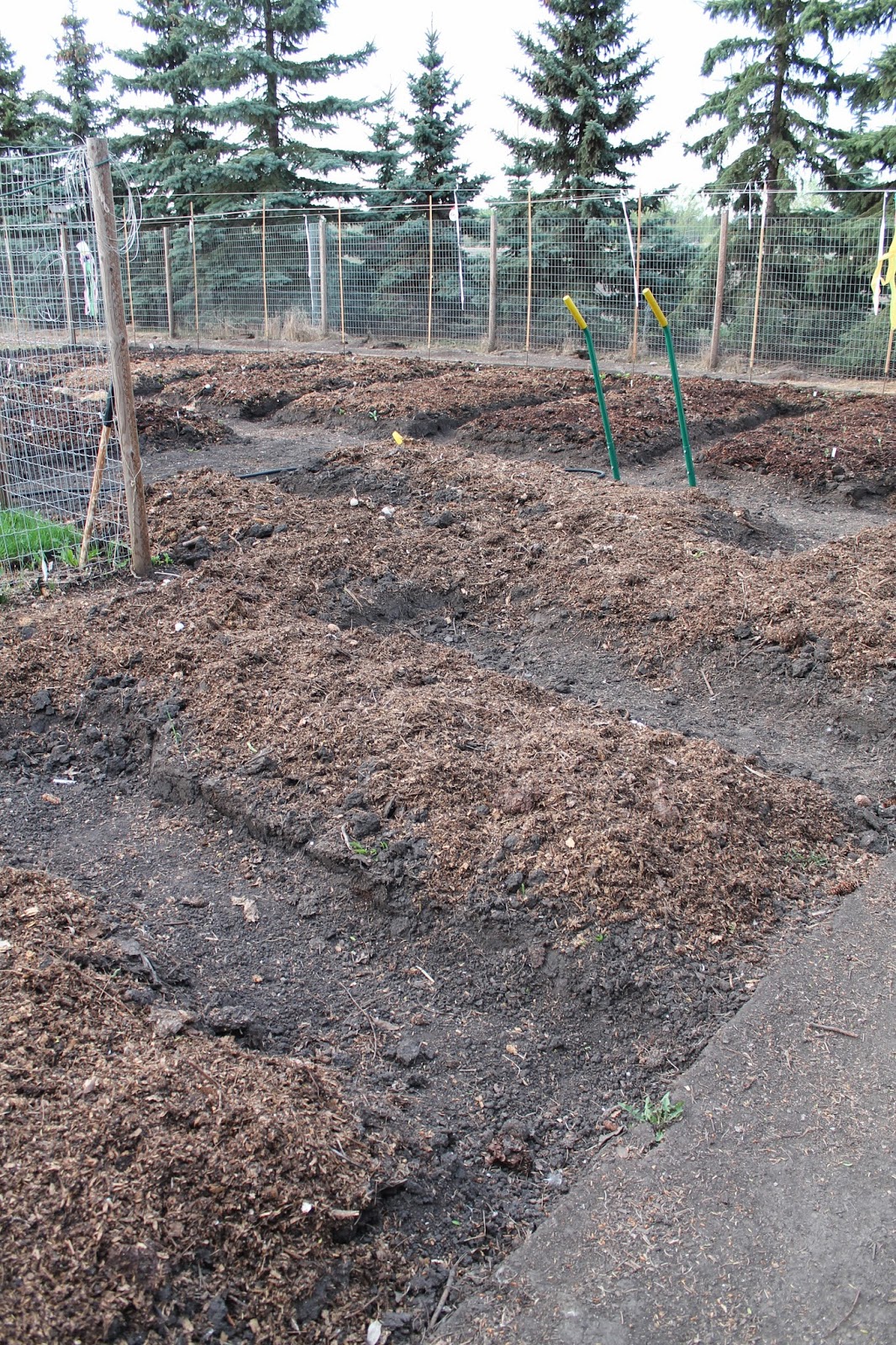 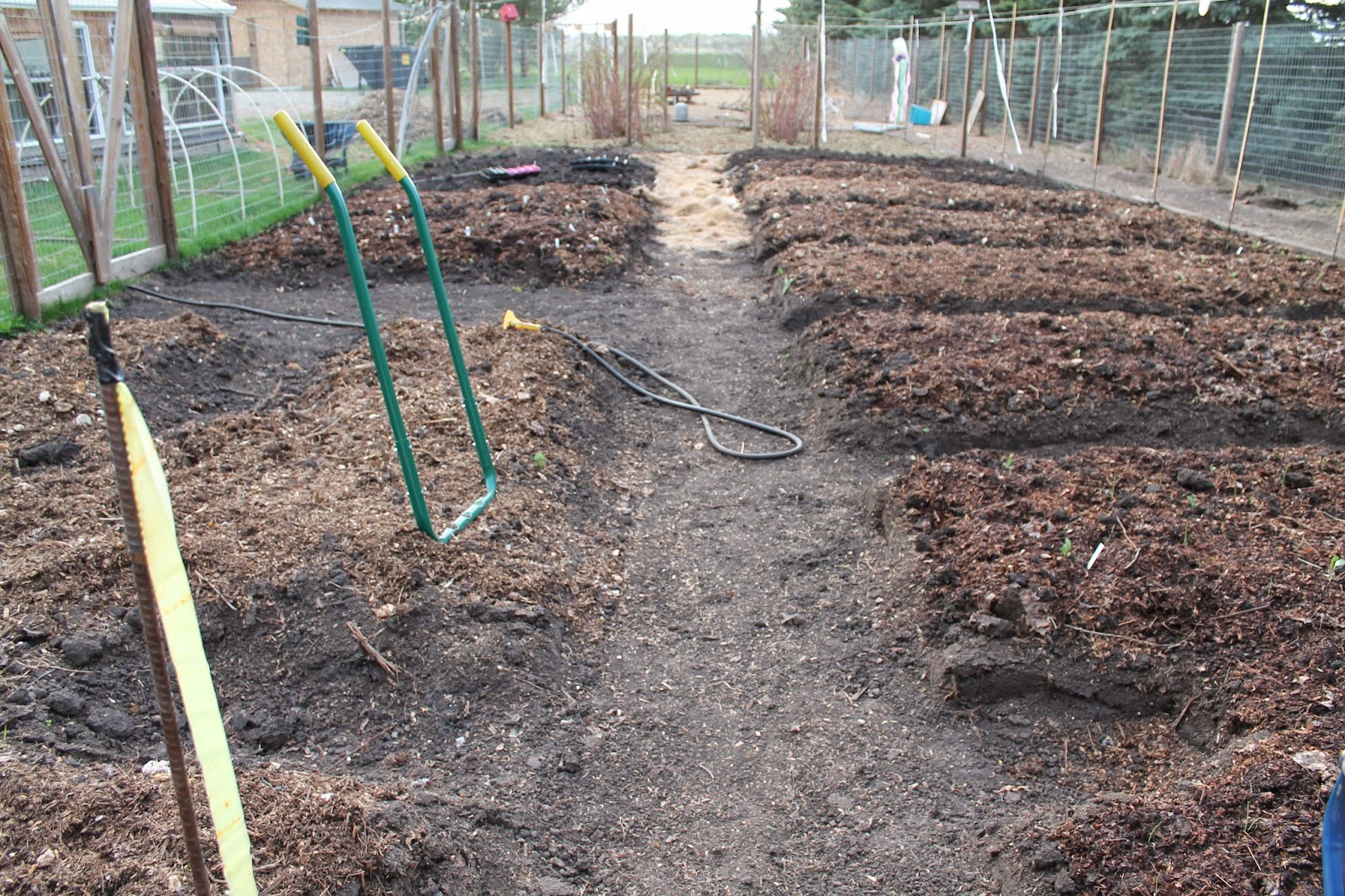 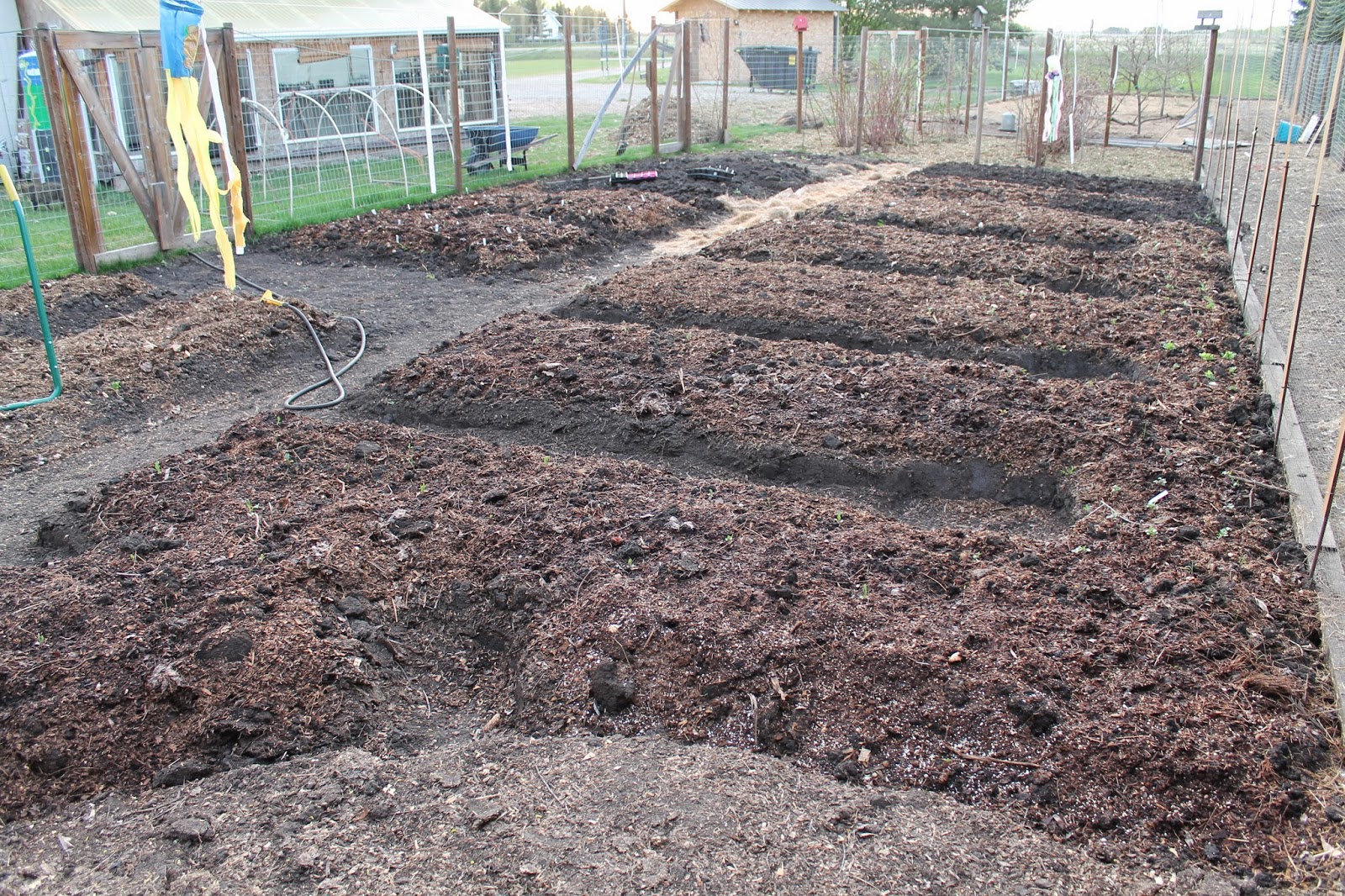 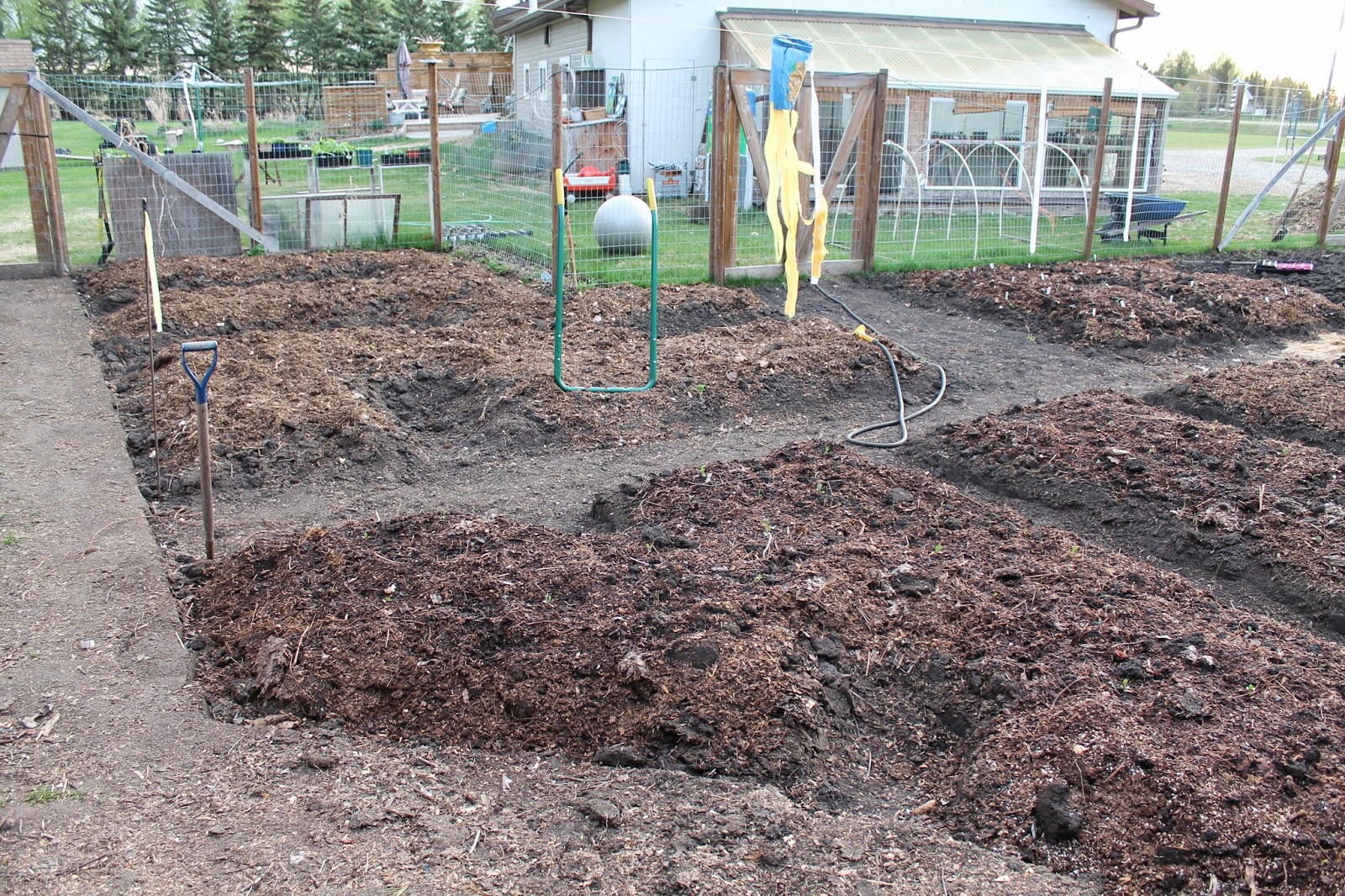 After digging the pathways (removing the topsoil and heaping it up onto the growing areas), I then spread 2 bins full of compost onto the growing beds.  After that, some mostly decomposed, aged, manure-y wood shaving coop bedding was mulched on top.    I've been seeding and transplanting for a few days and I've got my fingers crossed that this will be a fertile and productive garden that's easier to work in.  Due to our clay based soil, great care must be taken to avoid compaction (which I've been remediating for a few years via cover cropping, mulching and not tilling).  It's working as the soil is much improved (although it can still be improved further).

I've still got some serious mulching to do (pathways mainly), but that can wait until after I get the seeds and plants in the ground (which is urgent given our short season). 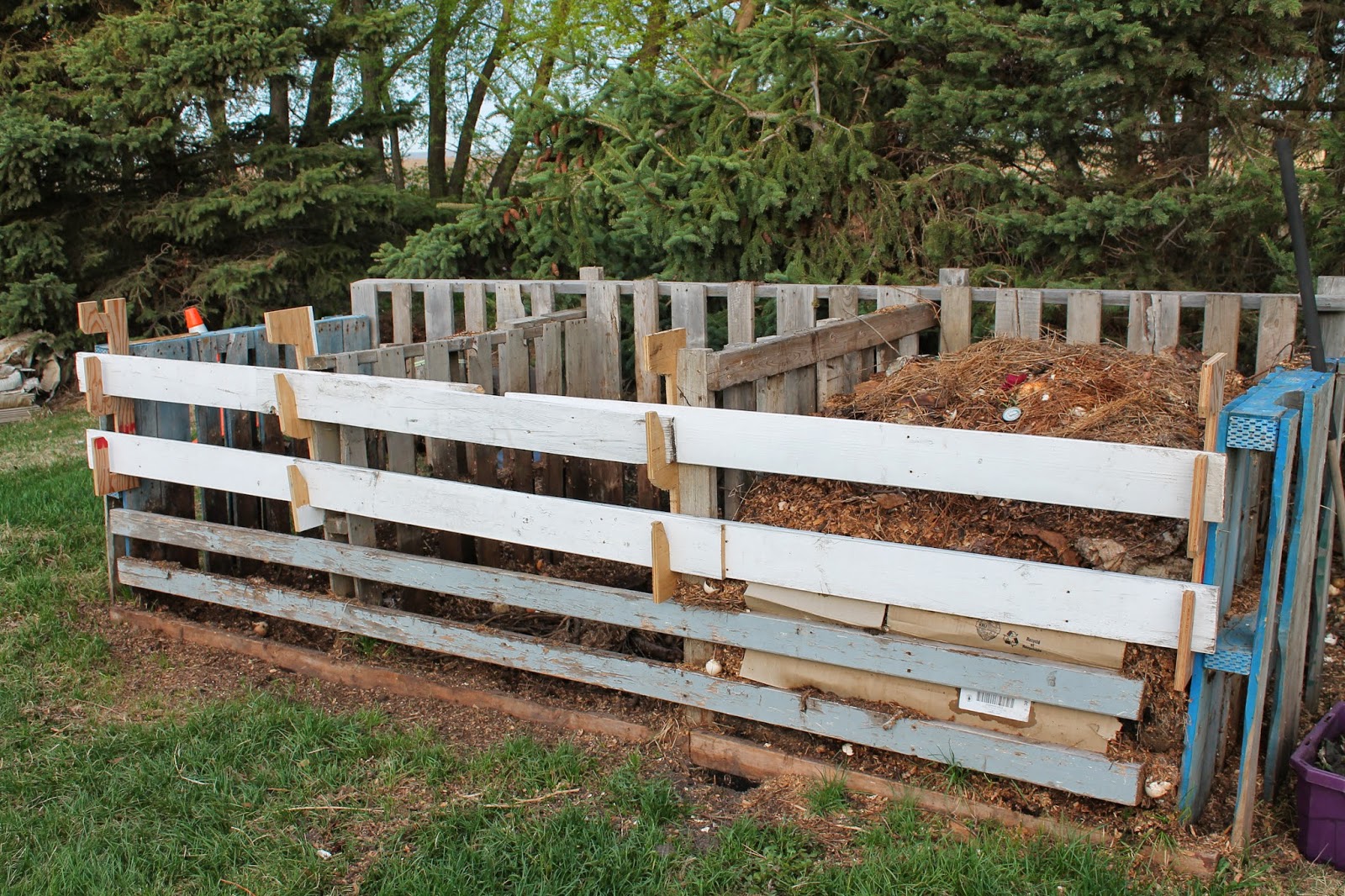 This is what's left of my compost - one lone bin that's been re-activated and watered - she's heating up nicely!   There's a coop FULL of bedding that needs to be removed which will fill up the 2 empty bins once again (another step in the fertility cycle).  It just goes around and around and around - once big circle. 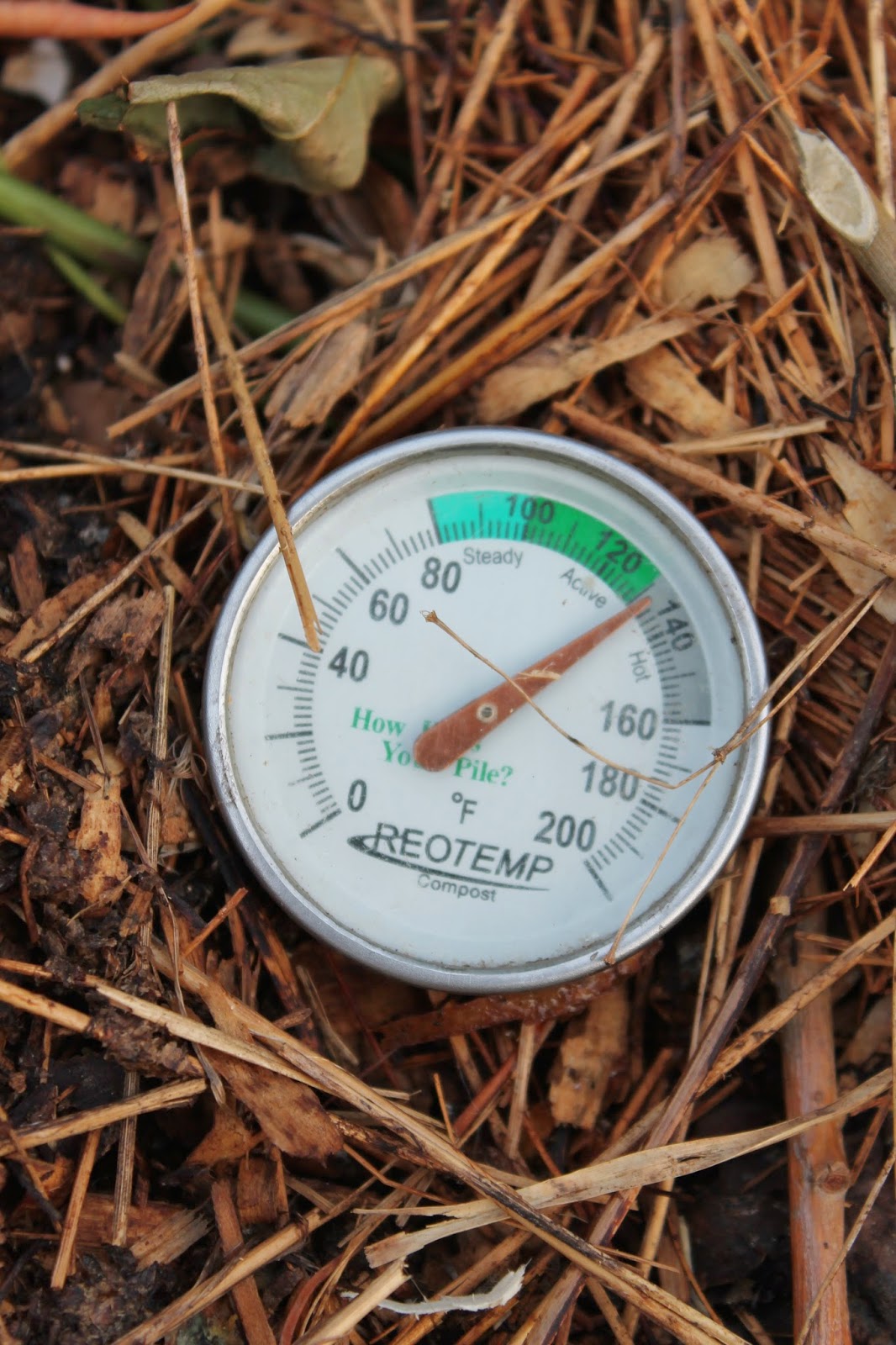 In the Poultry yard:

Our Buff Brahma and Ameraucana "chicks" are past the gawky teenager stage and are beautifully feathered out.   Their shelter is a crude but very utilitarian A-Frame structure draped with a heavy industrial tarp.   It's dry and warm inside but they prefer to be out all hours now and only go in at night. 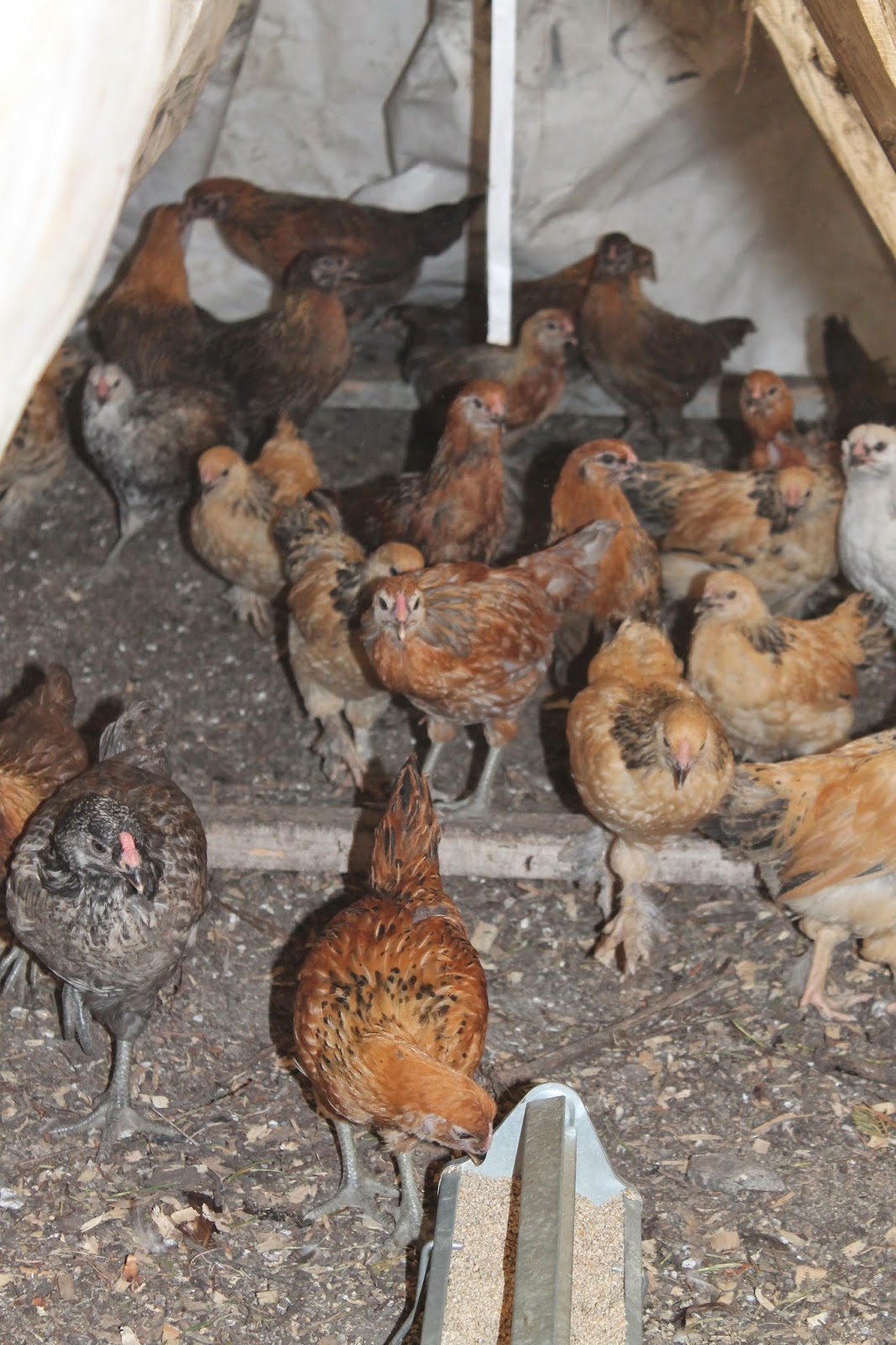 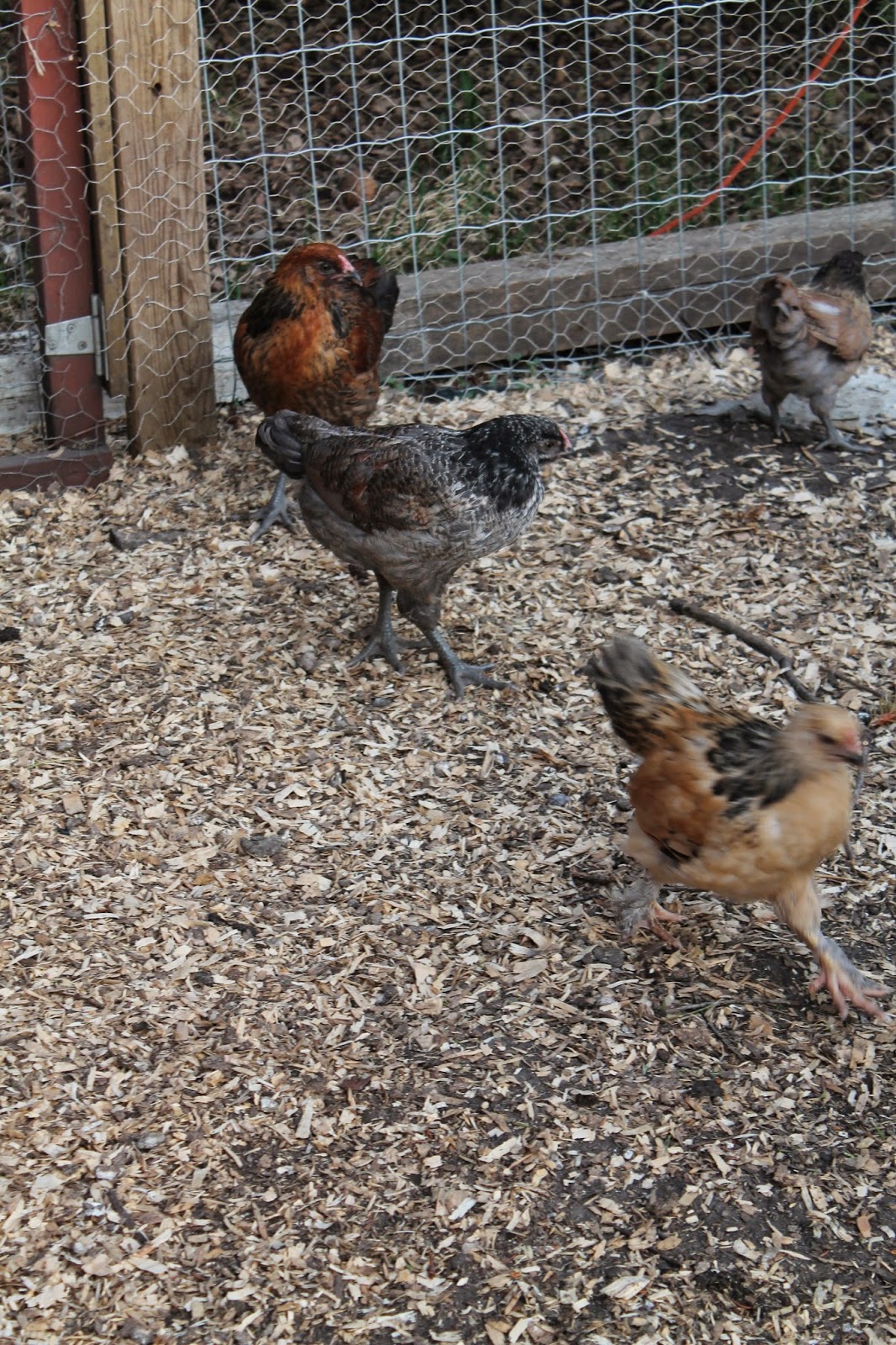 Aside from an enormous amount of maintenance and repair work around the home, dear hubby has built the most amazing bee hives for our coming bees (they arrive Saturday!).  We opted for Golden Mean hives, shaped after the golden ratio pattern that exists in all living things. 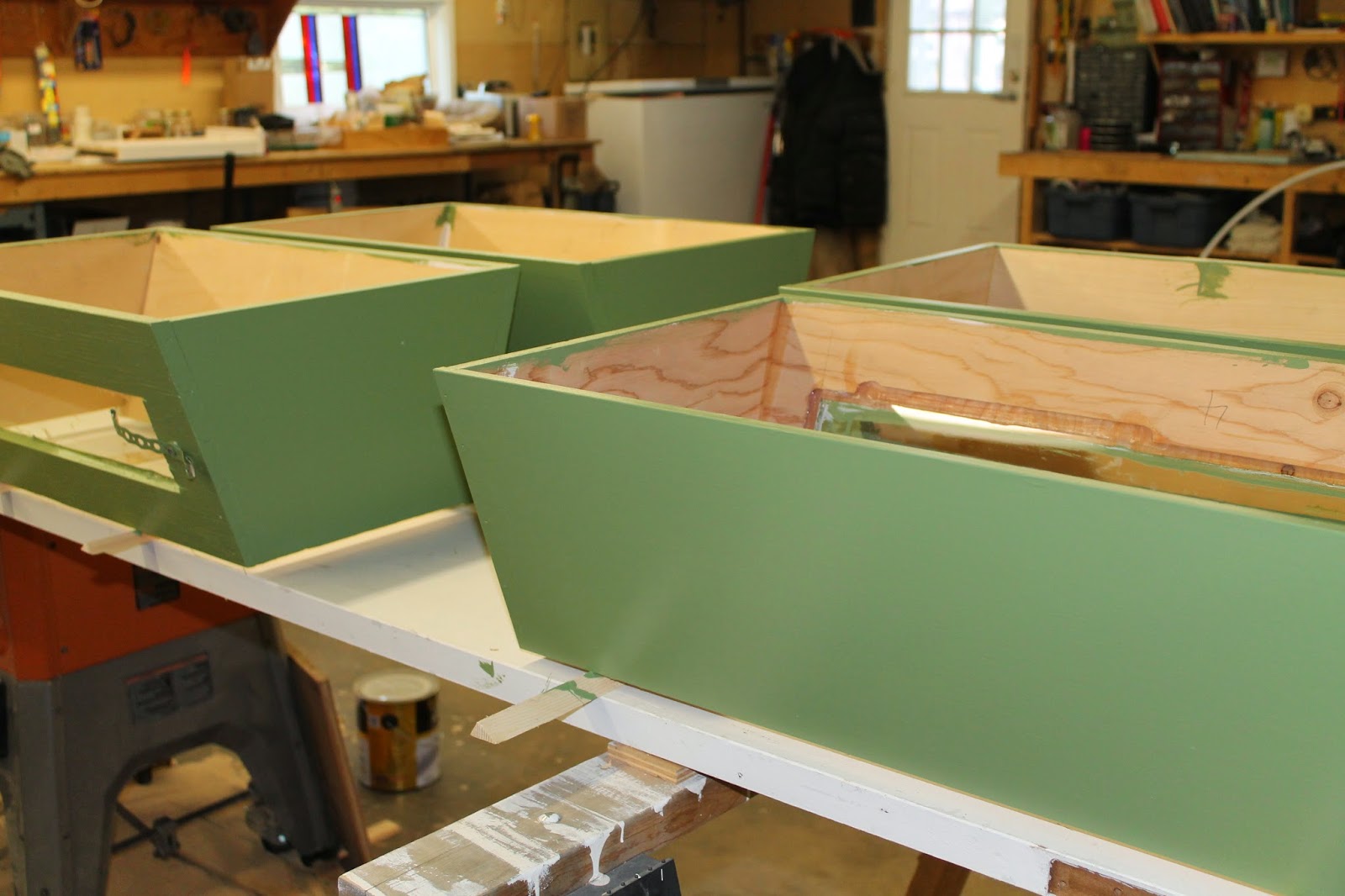 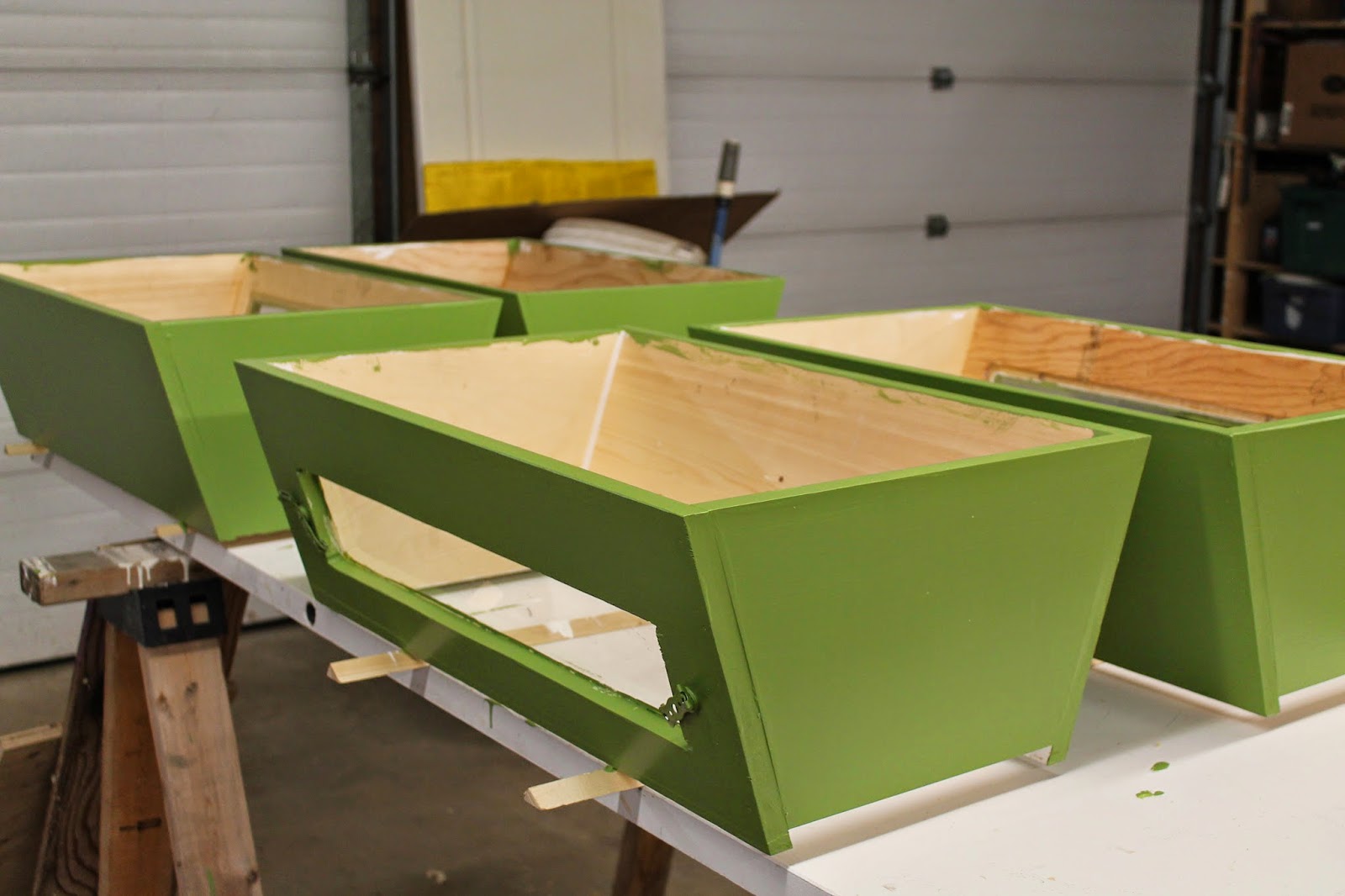 We've got 2 lids with queen excluders at the ready so that we can super the hives if needed (hope so!).  The regular lids are in the background below... 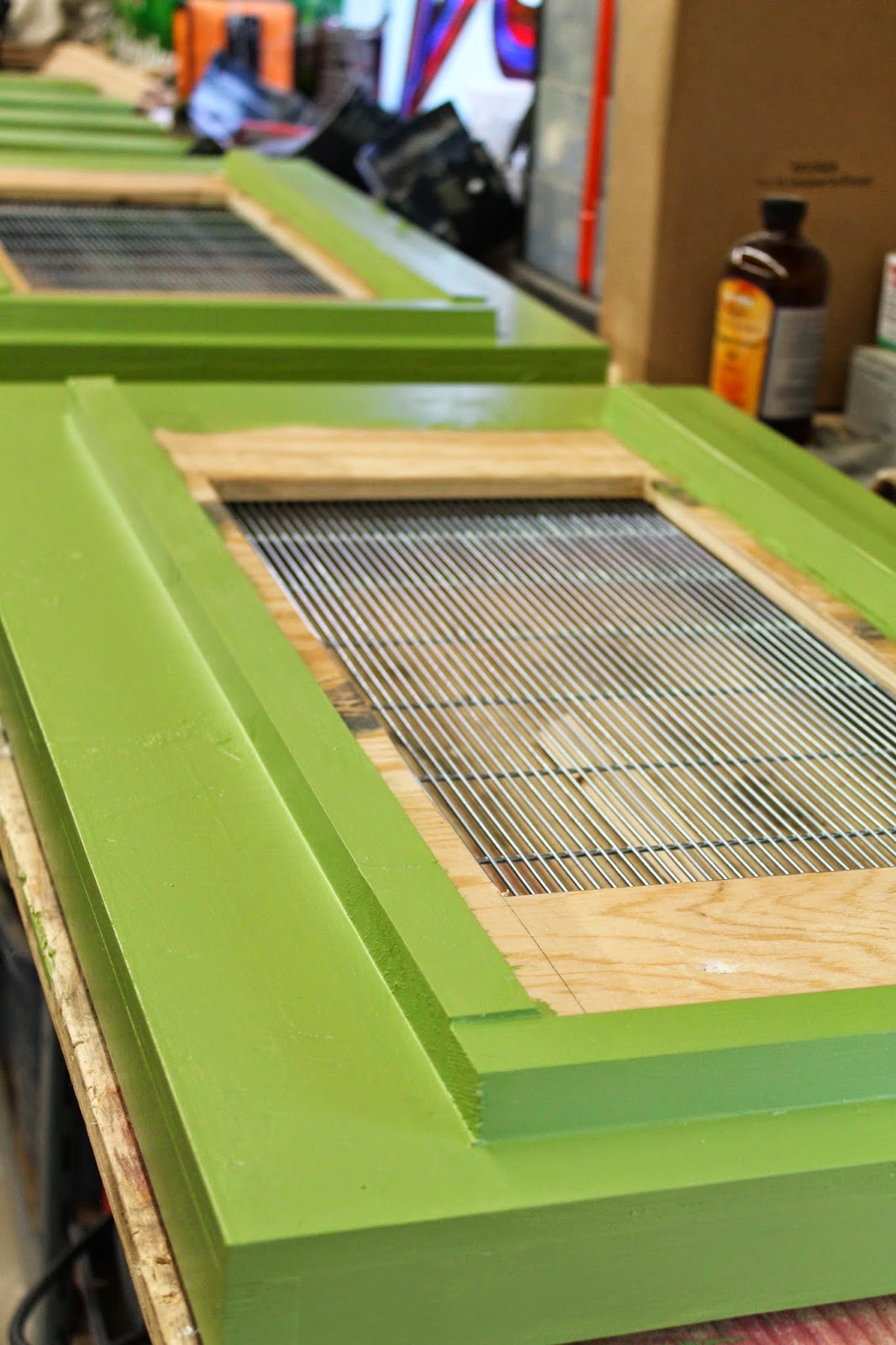 Those are the highlights - there's much more going on but I've got to get out in the garden - daylight's burning!  Talk with you soon XO