Season extension is valuable in a cold climate.  Making use of naturally warm microclimates is important because it creates passive resiliency (my favourite form of resiliency), but it's just as important to plan for intentional "shoulder season" protection.   Given that our growing season is so short, we often need a little bit of purpose-built extra protection to get some crops through to maturity (tomatoes and melons come to mind...). 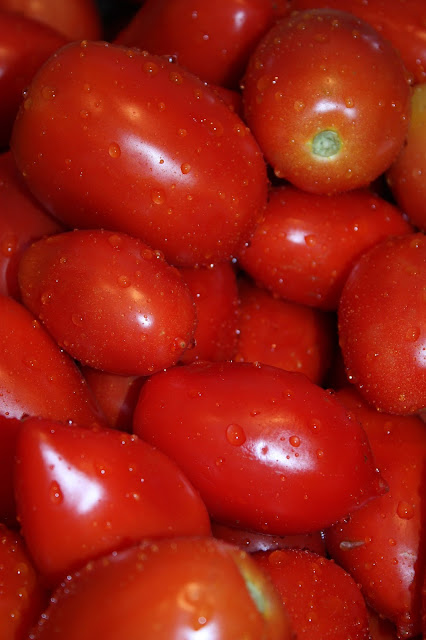 Our winters are long with risks of late frost in Spring and early frost in late Summer.  Confused?  I don't blame you!  Know this.  We get frost both early and late in the season and it kills plants.   I learned this the very hardest way possible (on both ends of the growing season) as a new "country gardener".  Temperatures are often several degrees colder than in the city, so we decided to fight back by building permanent season extension. 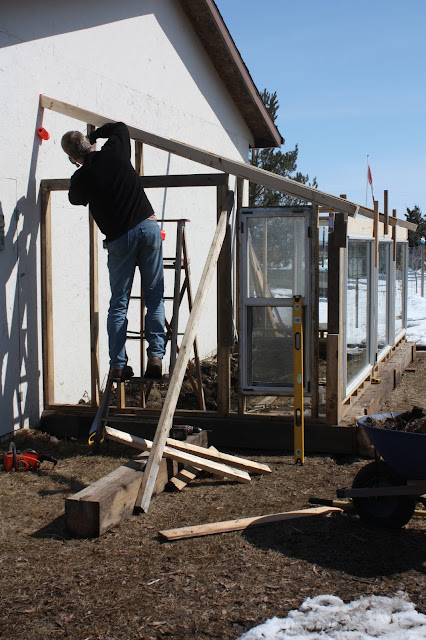 I'm showing you the ugly pictures so that you can see how it's possible to build something useful without spending much money.  With the exception of the roofing material (which was bought new), the entire structure was built using free or ultra inexpensive (as in nearly free) used materials.  How we obtained it all is fodder for another post, but know this:  free cycle and networking are powerful tools! 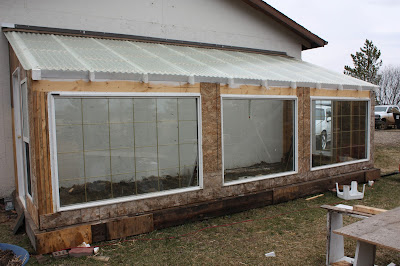 Building a greenhouse has helped us to grow more food largely because we can get those crops needing more "days to maturity" planted early enough to have them reach harvest before a killing frost.  I use sawhorses with plywood and old hollow core doors to create temporary seeding tables which are easily taken down when those plants are hardened off and planted outside.  This then frees up the north growing beds in the greenhouse (under the makeshift tables).   A greenhouse also gives us some degree of late season protection for tender crops which might freeze before ripening if grown outside. 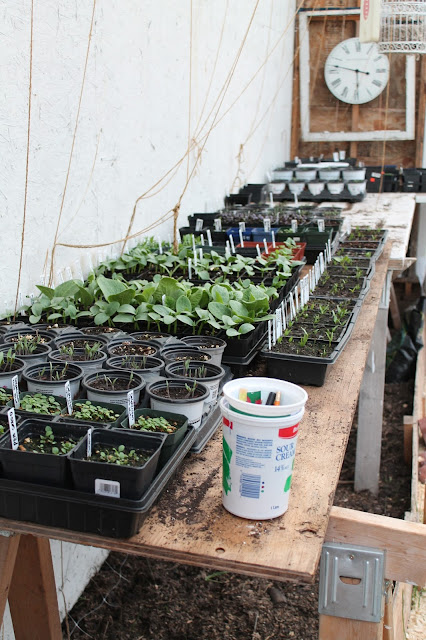 Below, you can see the spindly tomato plants waiting to go in the ground (in the newly finished greenhouse).   Those poor leggy plants were the result of trying to grow seedlings in the house by the windows (which is what we did for shoulder season protection for 2 years before the greenhouse was built).    A greenhouse is a huge improvement over that effort and I'm happy to say that we no longer have to shuffle plant trays off the table and chairs to eat a meal! 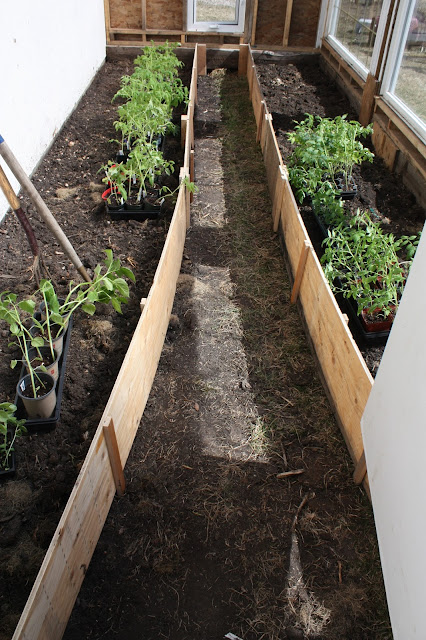 As with any system, diversity is the key to resiliency.  I never plant all of a tender crop in the greenhouse (nor would I plant all of a tender crop in the main garden).  In some years, we get lucky and can harvest heat lovers from the main gardens before a killing frost (making the greenhouse redundant), but often, we get only a portion of them harvested before they freeze solid.  In those "frosty" years, the greenhouse saves us from a long winter without tomato sauce (a fate I'd rather not endure again). 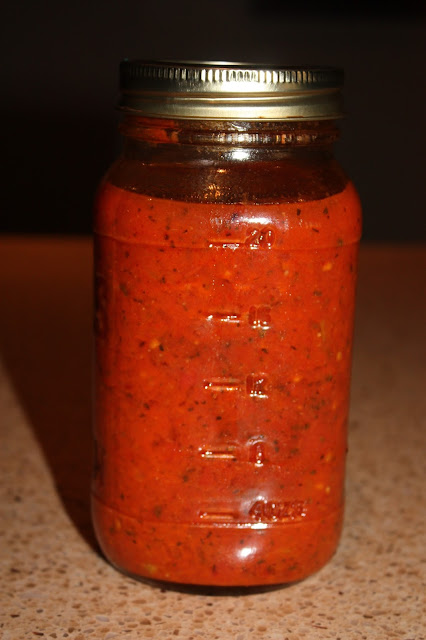 Row covers occasionally come into my season extension plan although I must be honest - I don't like them.  They are a lot of work to put them in place alone and are a huge hassle to remove and reposition (for weeding, succession seeding and harvesting).  I don't generally like any system that I have to fight and row covers certainly can be difficult.   The easiest way to keep them in place (after MUCH experimentation) is to use lengths of rebar (simply laid end to end along each long outer edge).  I can roll them off easily to check underneath and roll them back on to secure it again without pegging and tucking.   If you live in a windy location, I don't recommend using them.  My main garden is very protected from the wind, so it's not usually an issue for me in this location but I wouldn't use them elsewhere on the property. 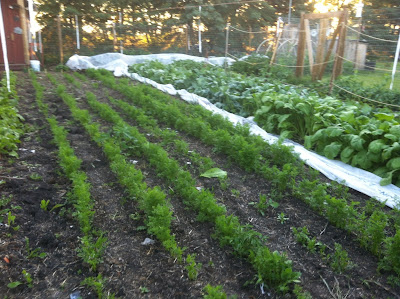 We also have 3 small cold frames which I (in recent years) have used INSIDE the greenhouse to buy me further season extension.  These are a great way to grow micro greens VERY late in the season (early winter, even) or VERY early in the season.  You can see my cold frames pictured in the photo below on the south (right) side of the greenhouse (the lids are out of sight behind my field of view). 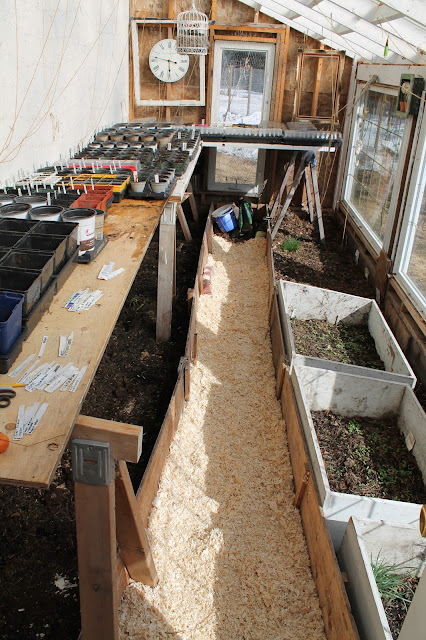 My greenhouse is not pretty like some you might see online.  It's a total workhorse of a space but I love it (warts and all) because it buys me peace of mind and really good food by way of reliable season extension.

Posted by Little Home In The Country at 07:23